Tag: Center for Women in Law

The Center for Women in Law at The University of Texas School of Law will celebrate its fifth anniversary with an awards ceremony and luncheon featuring a keynote speech by Arianna Huffington on Friday, April 11 at the Four Seasons Hotel in downtown Austin. Huffington’s latest book, which is her 14th book, is titled “Thrive: […]

Center for Women in Law Executive Director Linda Chanow received the 2013 Advancement of Women Award by the Travis County Women Lawyers’ Association and the Travis County Women Lawyers’ Foundation at the 2013 Annual Grants and Awards Luncheon on April 26, 2013, at the Four Seasons Hotel in Austin. The Advancement of Women Award honors women who have demonstrated excellence in their work and set a positive example for women in law.

On Thursday, April 11, 2013, the Center for Women in Law will host a talk by Professor Mahzarin Banaji, Richard Clarke Cabot Professor of Social Ethics in the Department of Psychology at Harvard University and an expert on the science behind unconscious thinking and feeling as they unfold in social context. 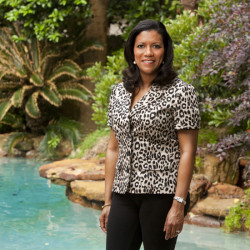