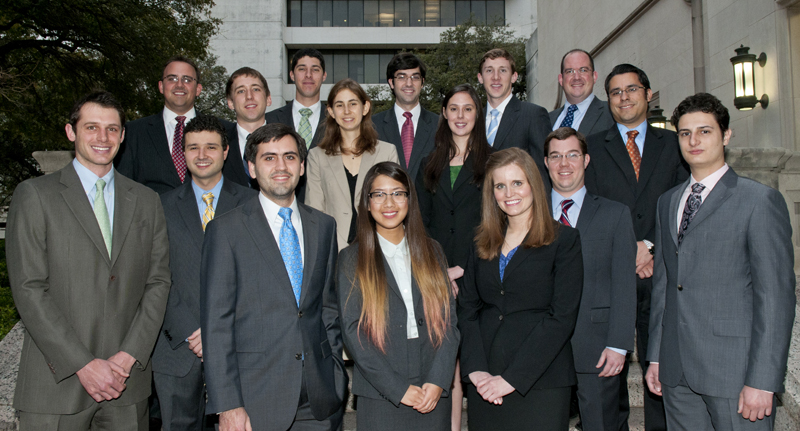 The University of Texas School of Law is pleased to announce members of the centennial class of Chancellors, the Law School’s most prestigious honor society.  Since 1912, Chancellors has recognized the law students who have achieved the sixteen highest grade point averages in their class through their second year of school.  The most recent Chancellors will be installed as part of a one hundredth anniversary celebration in March 2012, to which all of the nine hundred living Chancellors will be invited. The Chancellors society is unique to the University of Texas Law School . No other law school has a comparable society, and less than five per cent of the class qualify for membership.

“Each year for a hundred years, the Law School has honored the top sixteen students in the class with membership in Chancellors,” said David Anderson, Fred & Emily Marshall Wulff Centennial Chair in Law and academic advisor to the Chancellors program. “The Chancellors roll book, in which each new member’s name and hometown have been recorded since 1912, includes many of the most illustrious names of the bench, bar, academia, and public life.  The sixteen Centennial Chancellors join a distinguished legion of outstanding UT lawyers.”

Keeper of the Peregrinus: Jeff Nardinelli