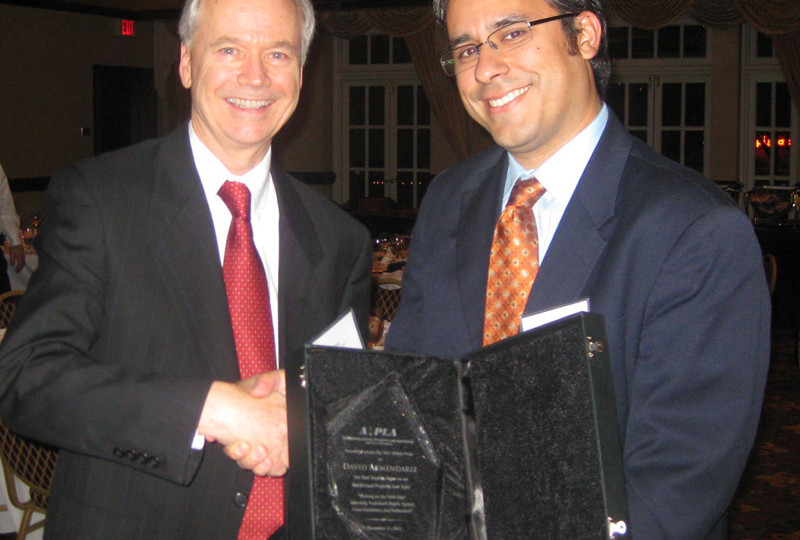 The University of Texas School of Law is pleased to announce that David Armendariz, ’12, was awarded the 2011 Louis T. Pirkey Prize in Intellectual Property Law on December 12, 2011, for his paper “Picking on the Little Guy? Asserting Trademark Rights against Fans, Emulators, and Enthusiasts.”

“Showing that everybody is a loser is a powerful argument and this is exactly what David Armendariz does in ‘Picking on the Little Guy?’” said Oren Bracha, Howrey LLP and Arnold, White & Durkee Centennial Professor and member of the prize selection committee. “The paper is a thoughtful and original exploration of the practices of over-aggressive enforcement by trademark owners against fans and emulators.”

The paper was selected by a group of intellectual property law experts from the University of Texas School of Law, including Oren Bracha, John Golden, David Adelman, and Bob Bone.

Armendariz receives a $750 cash award and was recognized at a Federal Judges Appreciation Dinner sponsored by the Austin IPLA in Austin. The Honorable Sharon Prost of the U.S. Court of Appeals for the Federal Circuit was the keynote speaker.