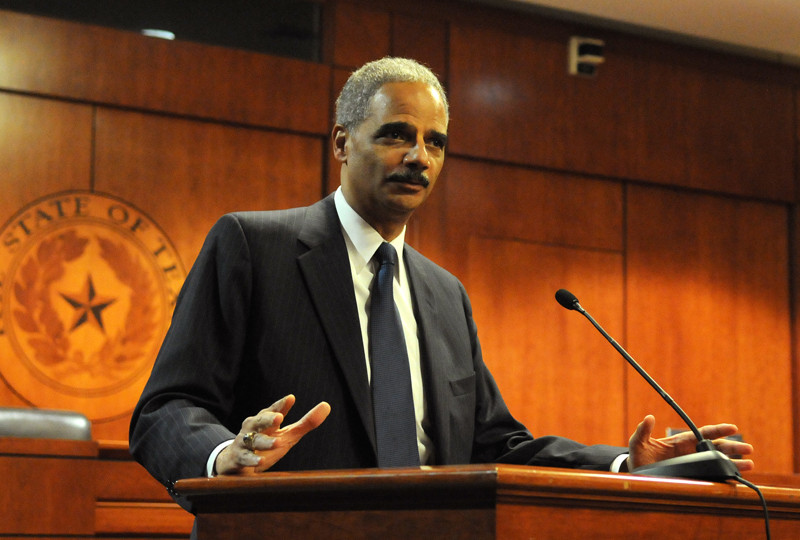 Holder and Perez both opened their talks with personal reflections on their careers in law, and then participated in a dialog moderated by Chesney and based on questions collected from students and faculty. The Eidman Courtroom was filled to capacity.

“It was inspiring, fun, insightful, and overall a big success,” Chesney said.

Later that evening, in a speech delivered at the LBJ Library, Holder spoke on “Protecting our Democracy, Protecting the Right to Vote,” in honor of the near-fiftieth anniversary of President Johnson signing the Voting Rights Act into law. Holder discussed the importance of ensuring equal access to the ballot box and strengthening the United States’s long tradition of expanding the franchise.