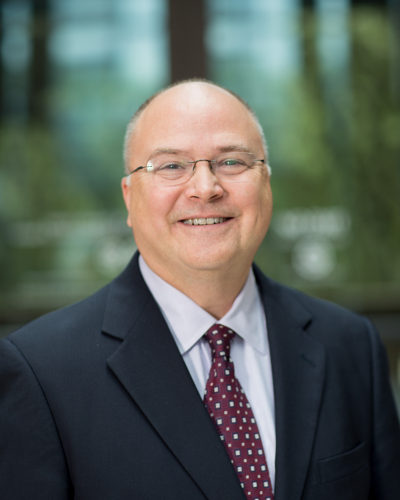 With the new year will come the new Texas Legislature Session. Among the major issues that will be put before legislators is funding for Texas’ overburdened Child Protective Services agency. Texas Law Prof. F. Scott McCown, a former judge and longtime advocate for children’s rights, and the Director of the law school’s Children’s Rights Clinic, anticipated the need for state lawmakers to look more closely at CPS’s budget in a powerful recent opinion piece for Dallas News, the online platform of the Dallas Morning News. Prof. McCown will testify today before the County Affairs Committee of the Texas House of Representatives, at which time he will renew his call for more funding so that CPS can properly train and retain caseworkers, and secure the necessary foster care openings for Texas’ children in need.

The opinion piece below originally appeared on October 28, 2018. It is reprinted here, with permission, in full:

Texans Must Insist on Increasing Salaries and Paying For Foster Care

Do you remember those old police shows on television? Someone in trouble calls the station. The dispatcher hurriedly takes the report, then breathlessly shouts into the radio, “Calling all cars!” The hero rolls to the rescue. Sadly, in today’s Texas, when it comes to abused children, Child Protective Services too often has no car to roll.

Texas can do better.

Under state law, CPS must respond immediately to a report of abuse when necessary to protect a child from death or substantial bodily injury. In other serious cases, CPS has 24 hours to respond and, in less urgent cases, often those involving neglect, CPS has 72 hours to respond.

CPS investigators are failing to meet these deadlines simply because they have too many cases. I recently talked to a very good investigator — trained, experienced and caring — who is struggling with about 40 cases. A manageable load would be 20 cases. National standards call for 12 cases.

Because of high caseloads and low salaries, CPS can’t keep the investigators it does hire. Last year, about a third quit. When one quits, caseloads go up for those remaining, and then more quit, leaving CPS woefully understaffed — unable to roll when the dispatcher calls.

When an investigator can respond and determines that she must remove children from a bad situation, too often she has no place to put them. Simply put, we have a foster care crisis. In December, a federal court found our system unconstitutionally unsafe, in part because of an inadequate number of foster homes. Since then, things have gotten worse. Children now regularly stay one or more nights in state office buildings or cheap hotels. Some are stuck in psychiatric hospitals because no other placement is available.

We have too few foster homes because the state does not pay enough to foster care agencies to do what the state requires. Today’s foster care agencies must be professional treatment organizations capable of meeting the needs of traumatized children. Recruiting, vetting, training, deploying, supervising and supporting foster parents is time-consuming and expensive. State foster care rates do not cover the cost.

You should not imagine that we could address our foster home shortage merely by calling on charitable people and the faith community. While they have an important role to play, the public responsibility of protecting children is too big and too costly to push off on them.

Nor should you listen to the siren song of those who say Texas could address the problem by removing fewer children. Texas already has one of the lowest removal rates of any state. If we removed at the national average, our state would remove thousands more children, not fewer.

Nor is it simply a matter of increasing our reliance on kinship care. Kin already provided much of our temporary care, and, when a child can’t go home, most of our permanent placements. In fact, we may be relying too heavily on kinship care, putting children in some marginal homes.

Although increasing funding for prevention programs is ultimately the answer to addressing child abuse, prevention can’t address the current problem. Once a house is ablaze, adding a smoke detector is of no help.

We must take the fundamental steps of increasing worker salaries and paying for foster care. These basic steps will cost us hundreds of millions of dollars, but unless we take these steps, nothing else we do will matter much.

In January, the Legislature meets. If you want the Legislature to pay adequate salaries to caseworkers and adequate rates for foster care, you must make your voice heard. In other words: calling all cars to the Texas Capitol.