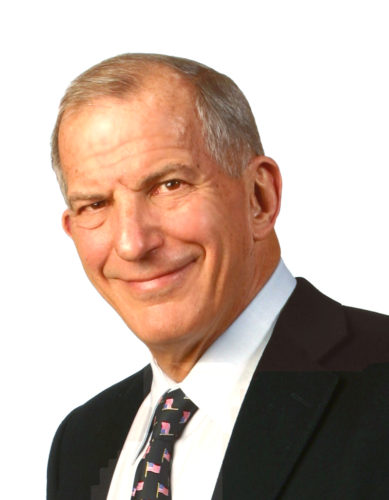 The legal world, along with the extended Texas Law community, is mourning the loss of Steve Susman ’65. Susman was one of a small handful of people to have played a meaningful role in almost every aspect of the law school’s existence: as the son of a pioneering alumna, Helene Daily ’34; as a top student (he was Grand Chancellor in Fall 1964); as a professor, teaching twice; as a benefactor, endowing the Academic Research Center on the law school’s 5th & 6th floors, and steering his firm, Susman Godfrey—co-founded with Lee Godfrey ’69, and a pipeline to dozens of Texas Law’s finest graduates—to fund the law school’s main entrance and reception space, the Susman Godrey Atrium; as a parent, of Harry Susman ’96 (who followed in his father’s footsteps as a Chancellor in 1995); and, as a Trustee of the Law School Foundation.

Susman was not a man of half-measures, and where he touched the school’s activities he had an outsize influence.

Said Dean Ward Farnsworth: “Steve was one of our greatest graduates – one of the most brilliant, creative, and accomplished.  Of course, he helped build one of the greatest law firms in America.  But he also was a leader in other respects – a champion of the civil jury system, and a generous philanthropist at the Law School and on behalf of many other institutions.  Few people have done so much for our students and our faculty.  He was a dear friend. Steve’s mother, brother, and son are all our magnificent graduates, too.  The Susman family tradition continues.  But we feel their loss deeply, and share in it. This is a sad time for our school.”

We are pleased to reprint below, with permission, the obituary published by The Texas Lawbook on July 15. One may also read the heartfelt tribute written by his colleagues on the Susman Godfrey website.

The Houston native was 79.

Susman was both founder and force behind the Houston-based Susman Godfrey firm. Known for his brilliance (still highest-ever GPA at the University of Texas Law School), over-the-top playfulness and a roiling, imperious physical presence that sometimes scared even friends, Susman now rests in peace, as will many of his courtroom foes who came away knowing they’d been bested by the best.

When tort-reform and various forces within the legal profession in recent decades cut into the amount of cases actually going to trial, Susman fought back as executive director of the Civil Jury Project at the New York University School of Law, seeking to preserve trial by jury.

Tom Melsheimer, managing partner in the Dallas office of Winston & Strawn, worked alongside Susman in a major trial in 2009. While many athletes today can be compared to those who came before them, he says, “you don’t have that with trial lawyers.”

“There are fewer top ones like Steve and they’re not being replaced one by one,” Melsheimer said.

There’s a Latin legal term for Susman: sui generis. It means he was so unique as to be in a class by himself.

Some bona fides: Susman got a B.A. in English literature at Yale University; first in class and law review editor-in-chief in law school; clerked on the U.S. Fifth Circuit Court of Appeals, for Judge John R. Brown; clerked for Justice Hugo Black on the U.S. Supreme Court.

Outrageously funny Steve Susman stories could fill multiple volumes. Perhaps the best was when Susman and two other partners at Fulbright & Jaworski in the mid-1970s decided to pull a prank on the firm, aimed at the profession’s growing frenzy in recruiting new talent. They created a phony resume for a FedEx carrier they knew and had him apply for an associate position. And with inside help from a partner on the hiring committee, the firm ended up making a job offer to a man who didn’t go to law school.

Rufus Wallingford, a retired Fulbright partner in Houston was Susman’s co-conspirator in the counterfeit hire.

“We cooked up the resume with some tipoffs in it, and it went down beautifully,” Wallingford said.

Along with the man’s actual name, the resume listed his college as Sucadich University and his fraternity as Iota Upsilon Delta; he clerked in the non-existent Northern District of Utah for a judge they named after Richard Nixon’s tax attorney.

At the end of his interview, the man told the hiring committee he already had offers from their rival firms, Baker Botts and Vinson & Elkins. Fulbright offered to bring him on to do trusts and estates.

“The managing partner didn’t think it was so funny,” Wallingford says. “He said ‘If you ever do it again, I’m running you all off’.”

That evening, following a firm-wide bash, there was an after-party at Susman’s house where the FedEx carrier was brought in to tend the bar. Some of the hoodwinked hiring committee members came by and when they recognized him, he said they must be confused.

Susman left the firm not long after that, moving to Austin to teach law at his alma mater but soon returned to Houston to practice with friends at a small firm, Mandel & Wright. There, he won the largest antitrust verdict ever at the time, known as the Corrugated Container Antitrust case, and ultimately a settlement for $500 million. He left that firm in 1980 to launch what then was Susman & McGowan.

Susman worked as hard at physical fitness as he did at lawyering. He’d been a lineman on his high school football team. For years he has been passionate about bicycling, typically for tens or scores of miles at a time around the U.S. and in Europe, including the 150-mile trek from Houston to Austin in the Bike MS: Texas MS 150, to raise money for multiple sclerosis research.

On April 22 Susman was on a morning ride in the Old Braeswood area of Houston with a few of his law firm friends when his front wheel caught and locked in an expansion seam in a concrete roadway. He was thrown over the handlebars and suffered traumatic brain damage as well as other injuries.

After more than a week in a coma and continued hospitalization at Memorial Hermann – Texas Medical Center, Susman was moved to the Memorial Hermann – TIRR rehabilitation center. There he began responding physically to verbal commands and progressed to speaking in monosyllables and singing entire songs, such as the Johnny Cash song “I Walk the Line” and “Under the Boardwalk.”

Then he regressed, requiring a shunt for better blood flow in the brain, and for a time that seemed successful. But on June 24 he was diagnosed with the novel coronavirus.

Yesterday on the Steve Susman page at CaringBridge, his wife Ellen Susman wrote: “Our gallant Steve left us today. He fought a valiant battle, from his accident to rehab, but the combination of Covid and his weakened lungs were finally too much for his body. We are brokenhearted, but at peace with the fact that he is free and whole at last. He went peacefully, and we were by his side.”

Susman also is survived by his brother Thomas M. Susman, of Washington, D.C.; his son, Harry Susman, a partner at Susman Godfrey and himself a former Supreme Court law clerk; and his daughter Stacy Susman Kuhn.

“Steve was whip smart, but smart lawyers are a dime a dozen,” says Gary McGowan, a Houston arbitrator who joined Susman as name partner in 1980 when the firm now known as Susman Godfrey was launched. “What put him above the herd was his extraordinary physical stamina and emotional fortitude, bold creativity and innovation in a stodgy profession – and his relentless drive to win.”

Susman lived large. When camped in hotels during trials with legal teams, a typical dinner might be baked lasagna or hamburgers, says Melsheimer. “But with Steve it was things like sushi or Indian food. We had very good meals and we worked very hard.”

Among other idiosyncrasies, the “F-bomb” regularly passed his lips, though aptly and deftly as a well-thrown dart. At a first anniversary party for Susman Godfrey’s then-new office in New York City in 2007, I spoke with Peter Hewett, who was a director for a medical device manufacturing company that hired Susman for patent litigation in Texas after setting aside its New York lawyers.

Hewett said they began with mediation by the now-late William Sessions, a former federal judge and FBI director. After the other side’s lawyers, all from New York, introduced themselves to “Judge Sessions,” Susman began his own introduction with “Bill.”

“Bill, we are out of here in 60 f—ing seconds if these guys can’t assure us that they can make decisions right now on behalf of their client.”

His brother, Tom Susman, is two years younger and followed Steve’s path in many ways: Yale, Texas Law, clerked for a federal circuit judge. He worked for the Justice Department in the Johnson administration, in various roles for Sen. Ted Kennedy’s judiciary committee, then Ropes & Gray. He is now a strategic adviser to the American Bar Association’s Governmental Affairs Office, and its former director.

“When we were growing up, he got the nickname ‘Super Sus’, and that of course left me with the moniker ‘Little Sus’,” Tom says. “Imagine growing up under that shadow.”