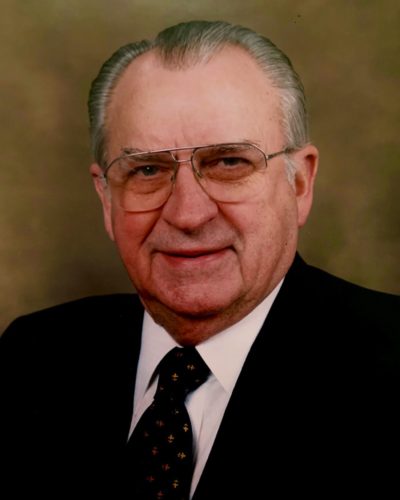 (UPDATE: Gifts may be made to the Judge Thomas M. Reavley Endowed Presidential Scholarship.)

The Hon. Thomas M. Reavley, who sat on the Texas Supreme Court before his appointment to the Fifth Circuit Court of Appeals of the United States, and who also found time for three separate stints as an Adjunct Professor at Texas Law, died on December 1 in Houston. He was 99.

“He was a Texan for the ages, a treasured member of our faculty, and a great lion of the bench,” said Dean Ward Farnsworth.

A native of Quitman, Texas, Reavley attended The University of Texas, receiving his B.A. in 1942. After college he joined the U.S. Navy and served in World War II. He received a J.D. from Harvard Law School in 1948 and immediately came home to Texas, working first in the Dallas district attorney’s office and then in private practice in Nagadoches.

His first major appointment to public service came in 1957, when he became Texas’ Secretary of State. He was later a District Judge in Austin and, in 1968, was appointed by Gov. John B. Connally to the Texas Supreme Court. In 1979, Pres. Jimmy Carter nominated Reavley to the U.S. Court of Appeals for the Fifth Circuit.

Judge Reavley has been generously eulogized in the Houston Chronicle, The Austin American-Statesman, and Texas Lawyer, among other places. One can also learn more about his long and exceptional career in the Tarlton Law Library’s digital archives.

The fondest recollections of Judge Reavley are, naturally, the most personal, such as the tribute on Twitter from Bryan Garner ’84, a former Reavley clerk, who re-posted a warm photo he took with the Judge in 2018.

Another community member fondly remembering Judge Reavley is Prof. Denise Gilman, Co-Director of the Immigration Clinic, who clerked for the Judge in 1994-95. She said, “There are so few like him. As a teacher, mentor and role model, he was revered by his clerks and he is already sorely missed.”

Retired Prof. Alex Albright, who clerked for Judge Reavley in 1980-81, and was his first female clerk, recalled her former boss with an anecdote: “I remember having trouble writing an opinion and being frustrated about it. He told me, ‘Sometimes it just won’t write…’ and when it just won’t write, ‘you stop, you rethink, go back to basics, and maybe you have to change your mind about the result.’  In that case, we changed our mind.”

Years later, Albright sought a personal favor from Judge Reavley, asking him to officiate her wedding. He agreed, and did not change his mind.