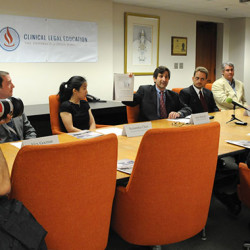 A report researched and written by faculty and students in the Law School’s Human Rights Clinic details the struggles of Costa Rica’s indigenous Teribe tribe in the face of a proposed dam on the Terraba River, which threatens to flood their lands.