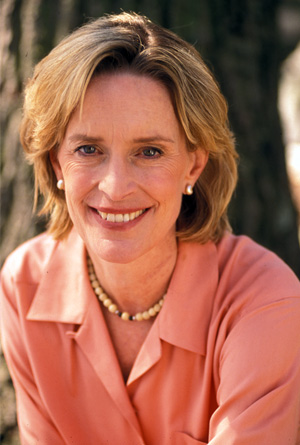 A Force for Nature

Great careers in public-interest law don’t often begin near the Ngorongoro Crater. But it was there, in the Crater Highlands of Tanzania, that Ford Foundation Chair Kathryn Fuller, ’76, decided she wanted to go to law school and use her legal education to help preserve the natural environment.

“I was a literature major at Brown, but always very interested in biology,” Fuller said. “After college I ended up working at the Harvard Museum of Comparative Zoology, where I got to know some of the professors. I wound up signing on to help a professor and his wife who studied wildebeest behavior in the Ngorongoro Conservation Area in Tanzania. I had always cared about conservation, but once I found myself in Africa I knew I had to learn how to do conservation work professionally and thought law school would provide good tools.”

“Wildlife lawyer” is not a common job description now, and it certainly wasn’t when Fuller graduated from the Law School. But Fuller said the legal education she received was instrumental in helping her chart out a path to finding work that fulfilled the description, first at the U.S. Department of Justice’s Office of Legal Counsel, then at the World Wildlife Fund, and now at the Ford Foundation, the second-largest foundation in the United States, whose focus is on “strengthening democratic values, community and economic development, education, media, arts and culture, and human rights.”

“Studying at UT was a wonderful experience,” said Fuller, who worked for the Office of the Attorney General of Texas while at the Law School and clerked for the chief judge of the Southern District of Texas after graduation. “Serendipitously, I found a job at the Office of Legal Counsel after finishing my clerkship, and worked there for two and half years. In the back of my mind, though, was my commitment to nature conservation. I took the opportunity while on maternity leave to talk to various people in the environmental community and learned that a wildlife section in the Justice Department’s Land and Natural Resources Division was about to start up. I jumped at the opportunity to work as a staff attorney in the new Wildlife and Marine Resources Section, and later ran it.”

Fuller’s next step was to join the World Wildlife Fund (WWF) for a conservation-law project she helped to design. “The project turned into a job,” Fuller said. “Eventually I served as general counsel at WWF, covering an array of questions—tax, employment, real property, licensing, trademark—that we confronted as a large nonprofit.” (In a well-known case, Fuller took part in a 2000 suit, filed in the United Kingdom, against the World Wrestling Federation for a breach in a licensing agreement between the two organizations over rights to use the initials in its name and logo. The wrestlers lost the case and now go by the name of World Wrestling Entertainment.)

Fuller’s varied background, training, and experience all figured heavily in her conservation work. Because ecosystems are not contained within national or jurisdictional borders, conservation requires expertise in a wide variety of legal, economic, and scientific disciplines.

“At WWF, I personally spent a lot of time on conservation finance,” Fuller said. “We carried out some of the early debt-for-nature swaps. At a time when developing countries were having difficulties servicing their debt, a number of them worked out deals with their creditors to swap discounted debt for equity in local for-profit ventures. We thought, ‘Maybe you can make deals for nature conservation, too.’ So we would acquire discounted debt by donation or purchase which was then redeemed by the debtor country in local currency to support conservation work such as the establishment or management of a park for which resources were otherwise lacking.”

Even when conservation work involves engaging international markets, Fuller stresses the importance of focusing on the engagement of local communities. “I spent a lot of time thinking about the role of communities, and especially women, in conservation,” Fuller said. “You can design an elegant conservation initiative, but unless local people are integral to its planning and implementation, it has a much lower chance of success. In Zambia, for example, a project designed to protect elephant populations and provide income for local communities failed to consult local women. As a consequence, a rebounding elephant population began trampling vegetable gardens. So the project had to be adjusted.”

Fuller’s ability to think of innovative ways to use her legal education to improve people’s lives has continued at the Ford Foundation, of which she became chair in 2004. “A major thrust of our work at WWF was engaging market forces, from global to local, to bring about change,” Fuller said. “The Ford Foundation’s focus is on social justice, a different starting point from the World Wildlife Fund’s, but also requiring understanding and engaging of stakeholders across multiple levels, disciplines, and geographies.”

Fuller said the Ford Foundation provides grants in peace and social justice; asset building and community development; and education, arts, and culture. She said working with the Foundation, which was founded in 1936, has allowed her to expand beyond nature conservation into other important public-interest arenas. “The Foundation makes about $600 million a year in grants—roughly half in the U.S., and half abroad—to fund programs that strengthen democratic values; that help poor people obtain assets such as housing that help them out of poverty; and that enable disadvantaged populations to pursue college and post-graduate education. It’s a broad swath of work.”

Fuller emphasizes that the skills she learned at the Law School helped her to make the public-interest career first imagined in a crater in Africa a reality. “One’s training in a place as good as UT Law gives you many tools: legal training, to be sure, but also discipline in thinking through problems, and the ability to distill what’s most important in a given context. It was a real privilege to attend UT and a continuing privilege to be able to use my training to help make the world a better place.”