The Bernard and Audre Rapoport Center for Human Rights and Justice at The University of Texas School of Law announces the start to its Spring 2014 colloquium on “Comparing European and North American Approaches to Human Rights.” The six-part speaker series begins Monday, Feb. 3, with talks on counter-terrorism by law professors Fionnuala Ní Aoláin, from the University of Minnesota Law School and University of Ulster, and Aziz Rana, from Cornell Law School. 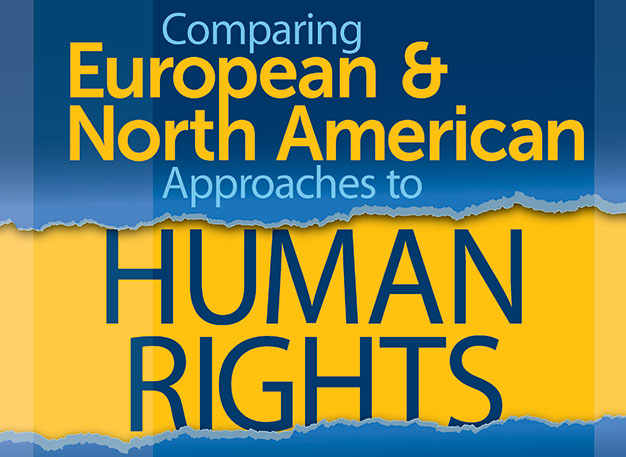 Professor Ní Aoláin will discuss the Diplock Courts, special courts initially established in Northern Ireland to respond to terrorism, and consider how some of the laws in that exceptional system have migrated into ordinary law in Northern Ireland and the UK more generally. Professor Rana, in a talk titled “Constitutional Nationalism and the Rise of the Security State,” will trace contemporary constitutional justifications for certain national security measures in the United States to constitutional veneration in the late 1910s and early 1920s.

“We are very fortunate to have these speakers kick off what is set to be a spectacular series.  I am excited by the comparative aspect of the series, and by the synergy that will be created by having two speakers for each broad topic,” said Karen Engle, co-director of the center. “Through consideration of human rights in Europe and the United States, we will not only learn about the nuances of law and policy in another region, but also better understand ourselves.”

Each of the six events this spring will feature two speakers, one from Europe and one from North America. They will examine the way in which both regions engage with some of today’s most pressing human rights issues.

The colloquium is organized by the Rapoport Center with the support of the Center for European Studies and other co-sponsors, and is funded in part by a grant from the European Union. All talks are free and open to the public and light refreshments will be served. Details can be found on the Rapoprt Center’s website. Presentations take place at 3:45 p.m. in the law school’s Sheffield Room (TNH 2.111) unless noted otherwise.