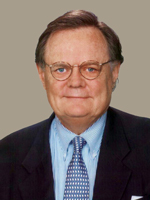 Mr. Massey has, in his 47-year career in the investment management arena, participated in more than 40 acquisitions, mergers, divestitures, liquidations, spinouts, initial public offerings and leveraged buyouts. He has considerable experience in identifying investment opportunities and managing them to realize full liquidity. Prior to joining Neuberger Berman, Mr. Massey was chairman or president and chief executive officer of a series of organizations, including Gulf United Corporation and its affiliates and Life Partners Group, Inc., both New York Stock Exchange-listed companies. Under Mr. Massey’s leadership, these companies achieved a high degree of success for their shareholders.

Mr. Massey is the current President of The University of Texas Law School Foundation, and is the President-Elect of the Texas Exes. He lives in Dallas with his wife Elizabeth. 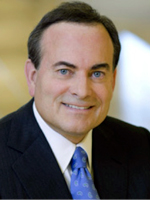 Since founding McKool Smith in 1991, Mike McKool’s leadership and courtroom achievements have helped the firm grow from an 11-attorney litigation boutique to a national litigation powerhouse with 185 trial lawyers across eight offices coast to coast.

Mr. McKool’s rigorous case preparation and superlative courtroom skills have earned him a reputation as one of the country’s most prominent trial lawyers.  Over the course of his 40-year career, he has tried more than 100 jury trials and developed an enhanced understanding of the psychology that governs how juries decide cases.  His trial wins have secured billions of dollars in verdicts and settlements for clients, including major airlines, energy companies, telecommunications firms, and investment banking houses, among others.

Mr. McKool is consistently recognized as one of the country’s leading trial lawyers by legal directories such as The Legal 500,Lawdragon, and Benchmark Litigation, among others.  In Chambers USA, he is ranked Band 1 in both commercial and intellectual property litigation.  His Band 1 national ranking for “Trial Lawyers” puts him among an elite group of only 27 practicing trial lawyers in the country. In Chambers Global, he is again recognized as one of the country’s most esteemed trial lawyers, where he is ranked Band 1 in patent litigation, placing him among the top ranked 18 lawyers in the United States.

Honorary Order of the Coif, The Honorable Alfred H. Bennett, ’91 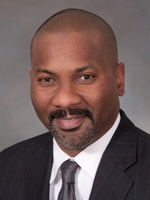 Prior to taking the bench, Judge Bennett was in private practice, starting his career with Fulbright & Jaworski, LLP (now Norton Rose Fulbright) and later with Solar & Fernandes, LLP, and his own firm as a solo practitioner.

He is a long-time member of the Houston Lawyers Association and served as HLA president during the 1997-98 term. In June 2010, Judge Bennett started service as a Commissioner on the Texas Access to Justice Commission. Judge Bennett also currently serves on the board of directors for the OST/Almeda Redevelopment Authority & Reinvestment Zone Number Seven.
He is a Senior Fellow of the American Leadership Forum – Houston/Gulf Coast Chapter. Since August 2012, Judge Bennett has volunteered as an Assistant Scoutmaster for the Boy Scouts of America, Troop 242 – Wheeler Avenue Baptist Church. 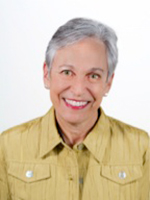 Regina Rogoff, J.D., has degrees from the University of Michigan/Ann Arbor and The University of Texas School of Law. Prior to joining People’s Community Clinic, Regina was Executive Director of the Legal Aid of Central Texas for 20 years and a Legal Aid staff attorney for 10 years, beginning her career as a VISTA lawyer. Regina has held numerous leadership positions in Austin’s human services, legal and Jewish communities. She currently serves on the Board of the Interfaith Education Fund and is a member of the Austin Area Research Organization. She is a past co-chair of Austin Interfaith and a past-president of the Austin Area Human Services Association (now One Voice Central Texas).

The Austin Bar Association (formerly the Travis County Bar Association) created the “Regina Rogoff Award” in her honor to be given annually to an attorney in Travis County who demonstrates outstanding service in the public/nonprofit sector. Regina has been recognized by the Austin Business Journal as the “Best Non-Profit CEO 2014,” as a “Profile in Power” (2007) and a “Healthcare Hero” (2005). Under her leadership, People’s Community Clinic was awarded the 2005 Ethics n Business Award by the Samaritan Center. She takes special pride in introducing the national recognized anti-racism program, “Facing History and Oursevles” to the Austin area.

Regina is an avid rower and can be seen rowing most mornings on Lady Bird Lake. She has been married to Sam Jones, CPA, for more than 35 years. She is the mother of two adult daughters, Alissa Jones Zachary and Sarah Jones, and the grandmother of Elijah (Eli) Zachary. 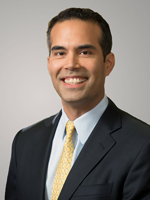 As Texas Land Commissioner, Bush works to ensure Texas veterans get the benefits they’ve earned, oversees investments that earn billions of dollars for public education and manages state lands to produce the oil and gas that is helping make America energy-independent.

Commissioner Bush has dedicated his life to public service, working as a public school teacher in Miami after graduating from Rice University and serving in Operation Enduring Freedom in Afghanistan as an officer in the U.S. Naval Reserve.

Commissioner Bush co-chaired a $30 million capital campaign for Big Brothers Big Sisters in North Texas and served as the co-chairman of the Dallas/Fort Worth Celebration of Reading. He was the Tarrant County chairman for Uplift Education and has served on the Board of Trustees for the Bob Bullock Texas State History Museum in Austin.