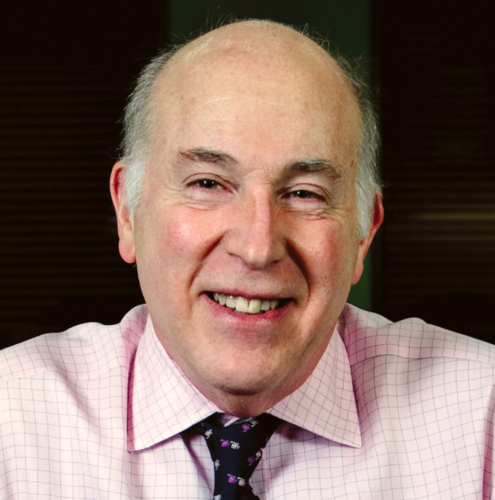 Texas Law Professor Alan Scott Rau, who holds the Mark G. and Judy G. Yudof Chair in Law, will be presenting a series of lectures this summer at the Hague Academy of International Law. He is only the second member of the School of Law faculty ever to be honored with this invitation, and the first in over 30 years. (Prof. Russell Weintraub lectured before the Academy in 1984.) Prof. Rau’s talks, grouped under the title “The Proper Allocation of Power Between Arbitral Tribunals and Courts,” will be presented in the Academy’s second session of courses, on Private International Law, in the first half of August.

Prof. Rau is an internationally-recognized expert in contracts and a specialist in international arbitration matters. He has spoken on the topic in recent years in Paris, Madrid, Oslo, Santiago, and, just last November, in London.

The Hague Academy was originally conceived over a century ago, at the Hague Conference of 1907, at a time when the concept of “peace through law” was novel and urgent. The Academy was officially founded in 1923 by the Dutch lawyer Tobias Michael Carel Asser, who seeded the enterprise with funds he earned by being awarded the Nobel Peace Prize in 1911. (Ironically, Asser’s plan to open the Academy as early as 1914 was thwarted by the eruption of the world war.) 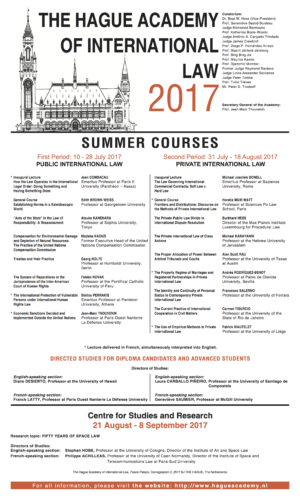 “For nearly a century, the Hague Academy has been the epicenter of sophisticated international law learning and research,” notes Prof. Robert Chesney, the Charles I. Francis Professor in Law and the Associate Dean for Academic Affairs.  “It is a rare and precious distinction to lecture there, and one that is especially suited to Professor Rau—an immensely cosmopolitan and influential scholar of international arbitration.  It is a proud moment for Texas Law!”

One part of the honor of delivering these lectures is having the text of them printed and archived for reference in the Academy’s signature publication, the Recueil des Cours (the Collection of Courses.) As Peter Trooboff, Senior Counsel at Covington & Burling LLP in Washington, D.C., and a member of the Curatorium of the Hague Academy, as well as the Chairman of the Academy’s Committee on Publications, says, “The Recueil is truly a unique source of scholarship and ideas for research in the international law field.  Because of the importance of the Recueil and the courses which have appeared in its pages, leading academics in the fields of private and public international law greatly value an invitation to lecture at the Academy. Professor Rau follows in the footsteps of the only other Texas Law faculty member to lecture at the Academy, the late Professor Russell J. Weintraub, whose course on ‘Functional Developments in Choice of Law for Contracts’ was published in 1984 in Vol. 187 of the Recueil.”

In addition to teaching about these matters here at Texas Law, Prof. Rau teaches Alternative Dispute Resolution, and serves as an affiliated faculty member with the Kay Bailey Hutchison Center for Energy, Law and Business, an interdisciplinary joint venture of the School of Law  and the McCombs School of Business. Indeed, Prof. Rau was instrumental in laying the intellectual and structural groundwork for the center’s founding and development. 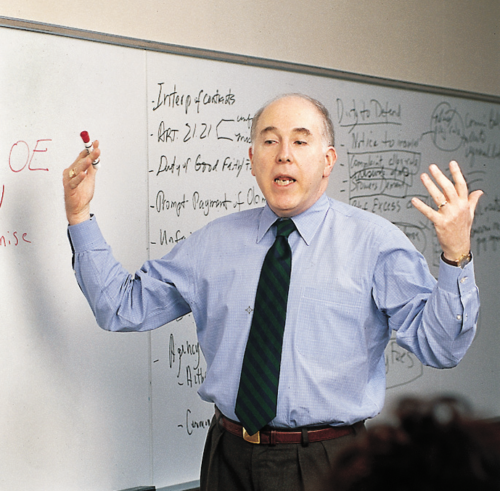 “Alan played a key role in creating the law school’s Center for Global Energy, International Arbitration, and Environmental Law, the precursor to the KBH Center,” says Melinda Taylor, the center’s Executive Director and a Senior Lecturer at the law school. “He saw an opportunity to harness the expertise of distinguished law alumni who were practicing in the international arbitration area and expand Texas Law’s academic contributions and course offerings. He continues to serve as an advisor to the KBH Center, giving advice about our international projects and priorities.”

Prof. Rau is on a research leave for the Spring 2017 semester but will return to the classroom to teach his Arbitration Seminar and Alternative Dispute Resolution in the fall. “In the meantime,” Prof. Rau says, “it’s always gratifying to receive recognition from one’s peers—by which I mean those who are obsessed with the same sort of things I am—and always pleasant to be listened to, particularly in settings like this.”