Mullenix: A Look at Class Action and Civil Procedure Cases Coming Before SCOTUS 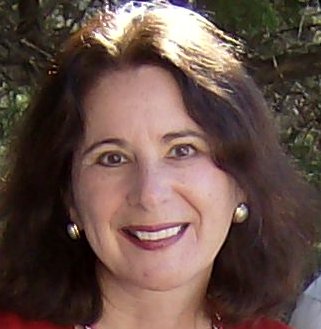 The new Supreme Court Term opened yesterday, and seasoned Court watchers have their sights set on a number of high-profile cases coming before the Court in the next nine months.

Texas Law Prof. Linda Mullenix is one such close student of the Court. Her analyses and previews of civil procedure and class action cases before SCOTUS are a regular feature of the Preview of United States Supreme Court Cases. This month, she has contributed overviews of several significant cases scheduled this term:  Joseph Jesner v. Arab Bank and the cases Ernst & Young LLP v. Morris, EPIC Systems Corp. v. Lewis, and NLRB v. Murphy Oil USA.

The Jesner case deals with holding the Arab Bank liable for allegations of financing international terrorist activities. Prof. Mullenix’s overview of it — The Alien Tort Statute and Corporate Liability in the Age of International Terrorism — casts it as one that “pits human rights activists (the presumptive good guys) against multinational corporations (the presumptive bad guys). As such, the essential nature of the problem invites resolution along the Court’s liberal and conservative divide.”

The trio of cases summarized in Class Action Waivers in Employment Contracts: The Clash Between the National Labor Relations Act and the Federal Arbitration Act may not lend themselves so obviously to a good-guys-versus-bad-guys narrative, but the issues are no less far-reaching. Ernst & Young, for example, is about mandatory arbitration clauses that employers force their employees to sign as a condition of employment. Almost every employee in the U.S. is forced to sign one of these, making the case quite compelling—and impactful. “Recognizing the magnitude of the Court’s decision relating to employer-employee rights, a large array of amicus briefs have been filed in support of the contending parties.”

We spoke with Prof. Mullenix about these cases, and others she’s watching.

Q: The drama of the Court has a new player this year: Justice Gorsuch. Any thoughts on how he’s likely to rule on the class action cases you specialize in?

As a conservative, he’s likely to join that wing of the Court. This essentially means that Justice Gorsuch is likely to favor a narrow view of the extraterritorial reach of U.S courts under the Alien Tort Statute. In addition, it’s probably a foregone conclusion that he going to support employers’ ability to force employees to sign mandatory, binding individual-only arbitration provisions. That means there are hard times ahead for employees in their relative bargaining positions with their employers. I don’t see this Court making a major about-face on class action waivers. I think we reasonably can predict that Justice Gorsuch will take a corporate view of class actions, which generally is a dim view.

Q: What other cases coming before the Court this Term have you most excited/interested?

There are other exciting cases in addition to class action and procedure cases?

Q: Of course not; trick question. What will you be writing about next?

Q: It sounds as if you’re researching and writing for working attorneys as much as for academics. Is that right? What is the impact you hope to have?

I think the question of audience, in the law school context, sets up a false dichotomy between academic readers and practicing attorneys. I never set out to please one audience or the other.

Writing about procedure is particularly fraught in the academic arena because it often is dismissed as practice-oriented and devoid of “theory.” Consequently, a fair amount of procedure scholarship gets scant attention or respect. There certainly are many prominent federal judges who have been complaining about academic scholarship, for many years.

My aim is to focus on compelling problems that are percolating in the legal arena, and to provide a lucid account to help my readers understand the significance of these issues. I try to assess the impact of legal problems and solutions on broader questions of access to justice and procedural fairness. I believe that all scholarship, no matter how theoretical, should be readable and accessible by a person of ordinary understanding. I do not believe that clarity signals a lack of higher thinking.

You ask about “impact.” I suppose I would like it said that “she wrote very clearly about complex procedural issues and helped me to understand the relevance and significance of these problems.” While a good deal of procedural writing often is focused in the weeds, long-term impact additionally comes from the ability to assess outcomes in a broader context of social justice concerns.

They are bright-eyed, hard-working, well-prepared — a very good class.  They will be good lawyers. And, some of them get the jokes.