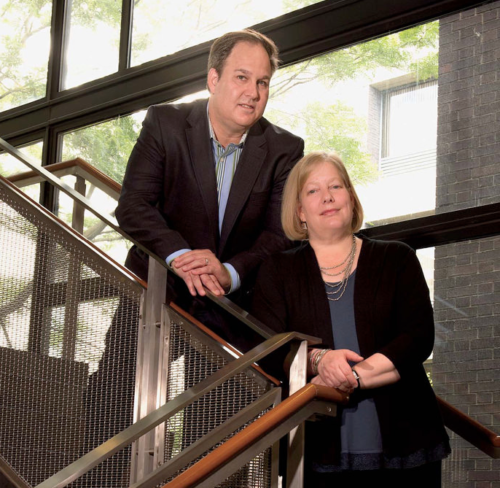 Prof. Jordan Steiker, holder of the Judge Robert M Parker Endowed Chair in Law and the co-director of the School of Law’s Capital Punishment Center, has been awarded the Hamilton Book Award, the highest honor for literary achievement given by the university to UT Austin authors. Prof. Steiker’s book, Courting Death: The Supreme Court and Capital Punishment (Harvard University Press), which was co-written with his sister, Harvard Law School Prof. Carol Steiker, has received wide acclaim since its release a year ago.

The annual award is named for Robert W. Hamilton, the Minerva House Drysdale Regents Chair-Emeritus in Law. Prof. Hamilton served as chairman of the board of the University Co-op from 1989 to 2001, and the awards are presented jointly by the university, the Co-op and the Office of the Vice President for Research. The Grand Prize comes with a $10,000 honorarium.

“Each year, scholars from across the university produce an amazing array of books that demonstrate the quality and productivity of our faculty, researchers, artists and scholars,” said Dan Jaffe, vice president for research at The University of Texas at Austin. “The Hamilton book awards recognize a select group for the very best output in a given year.” Among distinguished company, the Steikers’ book was considered the best of the best.

“This book is a magnificent piece of work and a significant milestone in the scholarship on the death penalty,” noted Texas Law Dean Ward Farnsworth. “Jordan is, of course, a great intellectual leader in his field and on our faculty, so we are all pleased with the justice of this award as well as being pleased for the recipient!”

Steiker, long regarded as one of the nation’s foremost experts on the courts and the death penalty, considers the success of the book to be a natural outgrowth of the environment of rigorous debate and hands-on practice here at the law school. “While my sister and I are gratified by this recognition for Courting Death, much of the credit for this work belongs to my colleagues in the capital punishment program, whose work on behalf of death-sentenced inmates is inspirational.  The law school continues to be an extraordinary environment for scholarly work rooted in practical engagement.”

Steiker has two other books in the works, and, with his colleagues, is developing a new interdisciplinary program for the training of mitigation specialists in capital litigation.