Texas Law Prof. Jennifer E. Laurin, an expert in the shared roles of courts, police, and lawyers in regulating forensic science, is now a regular contributor the new online platform of the Fair Punishment Project, In Justice Today. Her newest article is “The Massachusetts Lab Scandals: Confronting the New Normal of Mass Error in Criminal Justice,” a timely reminder that the recent discovery that nearly a decade’s worth of drug convictions in that state were compromised by tainted evidence and lab and prosecutorial misconduct is not, in fact, a shocking aberration, but, rather, is “par for the course in our criminal justice system.”

We reprint Prof. Laurin’s article here, in full, with permission. Those interested in Prof. Laurin’s work should also read her earlier contribution to In Justice Today, “Deceptively Tragic: Qualified Immunity in Police Suits,” as well as her recent op-ed for the Austin American-Statesman, “Why It’s Time for an Independent Crime Lab in Austin,” on the need to let city crime labs be funded and managed separately from city police departments.

Last month, Massachusetts criminal defense lawyers filed suit seeking an extraordinary measure of relief: dismissal en masse of thousands of drug convictions, with prejudice — meaning that prosecutors would forever be barred from retrying the defendants. The circumstances giving rise to the request were, at first glance, equally extraordinary.

First, there was the revelation in 2013 that Massachusetts state crime lab chemist Sonja Farak had been arrested and charged with using the drugs she was supposed to be testing, and tampering with evidence. A year later Farak pled guilty to charges that stemmed from four incidents isolated to a six-month period. Meanwhile, as defendants sought relief from their convictions by arguing that Farak’s misconduct might have tainted their cases, prosecutors successfully opposed relief in many cases by arguing that the misdeeds were isolated and limited to the time period reflected in the criminal convictions.

But, at least if a June decision from Massachusetts Superior Court Judge Carey is to be believed, the state Attorney General’s office actually had evidence that Farak’s misconduct had gone on for much longer — at least a year and a half. Yet it had not conducted any investigation into whether a larger batch of cases might be affected, and did not disclose that favorable evidence to defendants whose cases might have been affected or to the judges before whom the office argued that the wrongdoing was isolated. When the concealed information finally became public, Massachusetts courts directed the Attorney General’s office to investigate further. The ensuing investigation revealed (in 2016, three years after Farak’s arrest) that the chemist’s misconduct began as early as 2005, when she began stealing methamphetamine and other narcotics from the lab for personal consumption and using them at work. Since 2009 she had engaged in evidence tampering to support her habit or conceal her theft, and by 2012 Farak was cooking crack at work and smoking it ten to twelve times per day.

And yet, according to the defense lawyers’ petition, as of today there has been no systematic notification of the estimate 18,000 defendants who were convicted on the basis of Farak’s analysis, to let them know that their convictions might be flawed. Meanwhile, Judge Carey’s decision called the Attorney General’s conduct in concealing evidence of the scope of Farak’s misconduct a “fraud on the court,” and took the unusual step of naming the names of two specific prosecutors responsible, in the court’s view, for “reprehensible . . . calculated misrepresentations” with “systemic” “ramifications” for defendants who were wrongfully convicted. Because of the combination of more than four years’ delay in providing information to affected defendants, plus the alleged concealment by prosecutors, defense lawyers are asking a Massachusetts court for what all agree is a “remedy of last resort”: punish the Commonwealth by dismissing every case and baring prosecutors from retrying the defendants, in order to deter these missteps in the future. 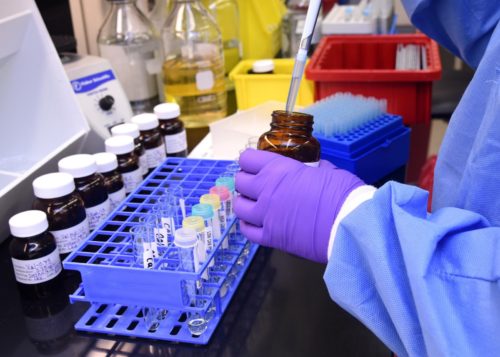 It is tempting in the Farak saga to focus on the egregious facts that have led to this most recent request. The Washington Post and other media outlets have appropriately taken interest in the seeming perfect storm of law enforcement and prosecutorial misconduct. But to concentrate on the case’s exceptional features misses the myriad ways in which what has transpired is par for the course in our criminal justice system. I want to suggest that the Farak case teaches three interrelated and lessons about the quite ordinary operation of our criminal justice system.

1. This will happen again. The Farak case is in fact the second instance of state-wide laboratory error that Massachusetts has dealt with in the last five years. The first, caused by state chemist Annie Dookhan’s admitted career in falsifying lab results (consistently in the Commonwealth’s favor), spawned its own body of court decisions sorting out, among other things, prosecutors’ obligations to notify defendants of potential errors in their cases, and establishing a protocol for handling the challenging mechanics of identifying, locating, providing information to, and vetting the claims of the thousands of affected defendants. Indeed, after years of litigation over how the system would handle the burden of sorting out which convictions were good and which were bad, the Commonwealth ultimately acceded to the dismissal of more than twenty thousand (yes, twenty thousand) drug convictions — a measure that, at least at the time, was unprecedented.

One would think that the Dookhan saga would have greased the wheels for engineering a solution to the Farak scandal. That it did not does not inspire confidence in how Massachusetts will fare in the next revelation of mass error — by which I mean information that systematically undermines the integrity of a substantial number of criminal adjudications. And there will be one. Last week’s petition references the possibility of evidence mishandling and Breathalyzer error scandals on the horizon. But the broader point is that the risk of mass error — from one detective with a practice of witness tampering, or one DNA technique that becomes discredited, or one forensic analyst who goes off the rails — is endemic.

2. Ordinary system pressures prevent us from handling these scandals well. Judge Carey’s opinion recounts, in part, an enormous derogation of the prosecutor’s oft-repeated obligation “to see that justice is done.” Without diminishing the egregiousness of the misconduct that Judge Carey’s opinion describes — long-term, concerted, knowing suppression of evidence from defendants and from the courts — it is important to push back against a “bad apple” narrative. Many prosecutors — including well-intentioned ones — are subject to temptation to be less than ambitious in uncovering and disclosing past errors; consider as just one example the Washington Post’s revelation in 2012 that federal prosecutors had known for years of flaws in bullet lead analysis testimony, but had not shared the information with defendants. The hortatory and ephemeral commandment to pursue justice is under terrific pressure when due diligence by a prosecutor would mean saddling herself and her colleagues the massive workload of relitigating or confessing error in thousands of convictions. The pressure is compounded by the fact that prosecutors’ ethical obligations concerning post-conviction evidence of innocence remain hazy, and that the institutional mechanisms by which such evidence should be communicated are ill-formed. All that is to say, there is every reason to think that some variation on the types of delays and failures of notification seen in the Farak case could happen in any number of jurisdictions — especially absent efforts to clarify and enforce legal and ethical obligations, and to develop procedures for carrying out those obligations.

3. Ad hoc approaches to mass error should give way to deliberate and institutionalized responses. Stakeholders in Massachusetts have made a tremendous effort in attempting to respond to these recent shocks to the criminal justice system. The state public defender organization has dedicated a specialized team of lawyers to the task, and prosecutors have made important efforts to attempt to unwind the tangles created by Farak and Dookhan. The judiciary, in particular, has been responsive, relatively nimble, and at some turns quite bold in exercising what it calls its “general superintendence powers” both to articulate the legal duties of prosecutors and rights of defendants, and to give concrete direction to stakeholders as to how to execute those duties. But the consequence of relying on the courts to incrementally articulate duties and fashion bespoke processes has likely been a relatively protracted and adversarial process in an instance where due speed and collaboration are called for.

There is likely no one-size-fits-all solution to the problem, but institutionalizing responsibility for the task of managing mass error is almost certainly preferable to ad hoc responses. Texas’s experience in the past decade with the Texas Forensic Science Commission provides one promising contrasting approach. A state commission charged with investigating forensic error and developing professionalism in the forensic science field, the TFSC has served as the organizing hub for several mass error responses in Texas. It has managed to do so in a highly collaborative fashion — bringing together prosecutors, investigators, defendants, and courts in the process — and to develop protocols that, with due tweaking, have served as templates for mass error incidents when they arise. Perhaps most critically, however, the very existence and work of the TFSC has communicated to system actors that responding to mass error is a critical function of the criminal justice system. Other institutional forms might communicate this equally well. The bottom line is that ensuring both fairness and accuracy, and maintaining public confidence in a criminal justice system that will inevitably reveal its vulnerabilities, requires that we take on board the task of confronting and untangling mass error when it occurs.