This week saw the publication of Texas Law Prof. Joseph Fishkin’s latest op-ed, The Right Wing Has Launched an Attack on Representation, in The Washington Post. In it, he addresses the question on immigration status potentially being added to the 2020 census. Prof. Fishkin argues that representation under the Constitution is not just for voters — it is for all the people. Therefore every person counts and should indeed be counted. We spoke with Prof. Fishkin, The Marrs McLean Professor in Law, about the op-ed, his hopes for further scholarship and advocacy relating to the idea that we all count equally, and what his next big project will be about. 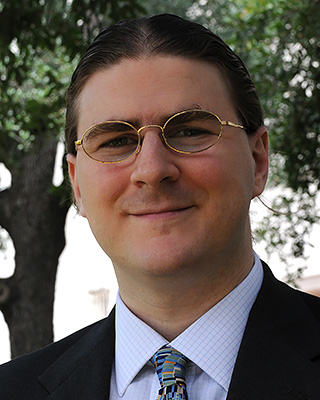 You’re in the midst of finishing up a big book project (on the Constitution and oligarchy, written with Texas Law Prof. William Forbath) but were compelled to set it aside to pen this op-ed and a blog post on Balkinization, both of which, in turn, call upon a law review article in William & Mary Law Review this past spring. This topic must be very important to you. Why is that?

This is one issue where I really think we’ve lost sight of an important constitutional idea—and with the 2020 Census looming, the project of helping remind everybody is starting to feel pretty urgent. From the beginning of the Republic, our Census didn’t just count citizens – it counted every human being living in the United States. When it came time to allocate representatives, we’ve always done it on the basis of population, counting everybody – although it took the Civil War to get black lives to count the same as white ones. The idea that we all count equally is one of those bedrock constitutional ideas that might help anchor our politics and, in one respect anyway, keep it from careening off the deep end. Right now we have a particular need for ideas like that. We’re living through a period of intense partisanship around both voting and immigration. I think it’s important not to lose sight of the point that our system was set up to count all the people, and to allocate representatives for all the people, including people who couldn’t vote such as children and non-citizens. Unlike a lot of difficult questions, this is one where we’ve put a substantial part of the answer into the text of the Constitution. But that doesn’t mean everyone is aware of it.

How do these new writings on the topic of virtual representation and “counting all the people” connect to your other writing and research?

My coauthor on the book project might laugh at this question. But I do see a few significant connections between this project and that one. One is the idea that the Constitution is not exclusively something whose meaning we resolve in courts. Legislators and executive officials also play a major role in building out the meaning of the Constitution over time. This question of who counts is a profound constitutional question, but the fight about it is playing out in legislatures, federal agencies such as the Commerce and Justice Departments, and in fights at the state and even the local level. That’s how it should be. Although the courts may ultimately review a lot of these actions (and should), it’s also important for government actors at all levels to act with a sense of their own constitutional duties. One of the threads of the book project is an argument that Americans, especially American liberals, need to get over the idea that all the important work of constitutional interpretation is done by the Supreme Court.

You’ve put this important topic out there in the Washington Post, a prominent, highly visible place. What do you hope happens with the conversation going forward, both from your peers in the academy and those who write about policy for a lay audience?

Happily, I think this is an area where there’s a huge amount of room for further work, both scholarship and journalism and advocacy of many kinds (and on many sides) around this issue. My hope with this op-ed is mainly that some readers of the Washington Post will think about this issue in a way they hadn’t before, and see the core constitutional principle at stake in debates about who counts. I also hope readers will connect some dots and see a little more clearly how a variety of different efforts, some related to the Census, others related to redistricting, have a common goal. I tend to think we’re still in the early stages of our current reckoning with this question of who counts. I don’t honestly know how this debate will play out. But I want us to go in with our eyes as open as possible.

That book with William Forbath—what’s it about, and when can we expect to see it?

Thanks for asking. It’s called “The Anti-Oligarchy Constitution” and it should be out in about a year. It’s about a whole series of arguments that used to be constitutional arguments, and that don’t sound that way anymore – arguments about economic inequality and concentrations of economic and political power. For the first century and a half of American history, politicians and lawyers and ordinary Americans understood the Constitution to have something to say about, for instance, antitrust law and labor law and tax law and even the regulation of the currency, none of which today sounds especially constitution-y. These were domains that shaped the political economy of the nation, the substrate on which our constitutional order rests. Our book tells the story of what it meant for these ideas to work alongside more familiar constitutional principles such as racial inclusion. It’s a foray into a prior constitutional world. In the end we ask: what would it mean, and what would it take, to bring this lost world back?

This fall I’m teaching employment discrimination law, which is always my favorite class to teach. No offense to students in my other classes, but it’s true. It’s just a super rich and interesting subject. So, I’m looking forward to that and also to finally having a complete draft of the book.