Texans have just marked the one-year anniversary of Hurricane Harvey making landfall on the state. While much of what was destroyed has since been rebuilt, many people are still coping with the aftermath of all that Harvey wrought. Among other consequences of the carnage that Harvey left behind has been the realization that Texas is terribly vulnerable to environmental impacts of major storms, and that the burdens of those impacts are unevenly distributed, breaking along lines of economic status and, often, race. Texas Law Professor Kelly Haragan (also an alumna, having graduated in 1995) is the director of the law school’s Environmental Clinic and works on issues of environmental justice, developing complex and innovative legal solutions to address the needs of those adversely affected by environmental issues. We spoke with her on the continued impacts of one of the costliest tropical cyclones on record, and on her work and the clinic’s activities. 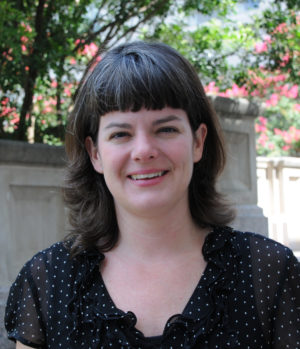 What is “environmental justice”?

One type of environmental injustice in Texas has its roots in historic racial segregation. Whether through city ordinances or redlining, many communities in Texas restricted where people of color could purchase homes and intentionally located those segregated neighborhoods next to areas with industrial zoning. As industry expanded, property values in the segregated neighborhoods went down, leaving homeowners unable to sell their homes for enough money to relocate to less environmentally hazardous areas. Today, many Black and Hispanic communities are exposed to more pollution as a result of this historic segregation.

Toxic pollutants are released into the air, water, and land by industries that make products we all use every day. Our current regulatory system fails to consider the cumulative impacts of many of the chemicals released into the environment and doesn’t do enough to protect health and the quality of life in communities near multiple pollution sources. Even if most companies only release small amounts of pollutants, the cumulative release of pollutants where multiple sources surround a community passes pollution costs on to the neighborhood in the form of headaches, respiratory problems, medical bills, reduced property values, nuisance smells, etc. Allowing pollution costs to shift from the producers to lower-income people simply because they live near industry is unjust. This injustice could be reduced through the use of “green chemistry” to generate less pollution, better pollution controls, and/or green buffers around pollution sources to reduce community exposure.

What’s happening in South Texas right now, post-Harvey, and how does that tie in to concepts of environmental justice?

Along the Gulf Coast, low income neighborhoods and communities of color have always taken the brunt of pollution from industrial sources. Hurricane Harvey and the subsequent record flooding put these longstanding environmental justice issues in the spotlight and revealed how the impacts of climate change can significantly increase these community’s vulnerability. During and immediately after the storm, petrochemical plants released thousands of pounds of unauthorized air pollution into surrounding communities.

Climate change is exacerbating environmental injustice. At the macro level, climate change is the perfect example of the failure to internalize the costs of pollution. This summer we’ve increasingly seen very tangible impacts of the buildup of greenhouse gases in the atmosphere –extended drought and wildfire seasons in the west, heat waves in Europe, melting sea ice, and more intense storms. The costs associated with these impacts are being borne by communities and taxpayers rather than by the large-scale generators of greenhouse gases. We’ve failed to adopt a legal/regulatory scheme to internalize those costs.

And while climate change impacts are being felt across the planet, low-income communities are often hardest hit and the least equipped to adapt and respond. In Texas, and certainly along the Gulf Coast, low-income neighborhoods are often located in low-lying areas, adjacent to industrial sites, and lacking in adequate infrastructure (such as storm drains). While flooding was a predictable impact of a storm like Harvey, an equally predictable impact of Harvey was the release of toxic pollution into nearby neighborhoods.

Legal mechanisms should require polluters to internalize the costs of harmful pollution, including greenhouse gas emissions. But because future, significant, adverse impacts of climate change are now unavoidable, we also need mitigation planning that recognizes the heightened burden on low-income communities and that protects those living near large pollution sources.

What work are you and the clinic doing this semester, either related to Harvey or otherwise?

The Clinic continues our work with legal services organizations, helping low-income communities near the Houston Ship Channel and elsewhere address routine environmental hazards, like unsafe drinking water and toxic air pollution. Students are using the permitting system to secure better pollution control requirements for industries, are helping ensure that polluted sites are adequately cleaned up, and are identifying facilities that repeatedly violate environmental requirements. Students are also evaluating policy changes at the state and local levels that could help make neighborhoods safer during the next disaster. And we’re beginning a collaboration to help Houston area neighborhoods develop their own community plans to make their neighborhoods healthier, more livable, and safer during the next storm.

What are the other big issues or themes you see with environmental law in Texas currently, and emerging over the next several years?