IN MEMORIAM: Prof. Frank B. Cross 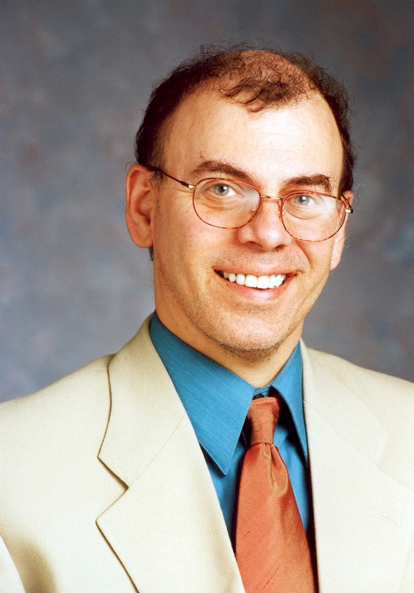 The law school is sad to announce the passing of Profesor Emeritus Frank B. Cross. Prof. Cross, who was 63, succumbed to adrenoleukodystrophy, a rare genetic condition.

A world-renowned expert on business law—and a faculty member with appointments at the McCombs School of Business and the School of Government, in addition to the School of Law—Cross was a beloved instructor and a highly sought-after co-author for books and law articles.

“Frank will be remembered by all as a wonderful thinker, writer, and colleague,” said Dean Ward Farnsworth. “While health problems sadly and unjustly shortened his career, his scholarship will live on. He was prolific and profound.”

Prof. Cross retired from teaching in 2015, after fifteen years on the law school faculty.

“Frank was so smart,” said Prof. John Dzienkowski, a longtime colleague who played an important role in bringing Cross to the School of Law. “I met Frank when he first moved to Austin after a successful career in private practice in Washington, D.C. at Kirkland & Ellis, representing (among others) the NFL and the NHL. I invited him to teach in our summer program, and the rest is history. We have really missed his talents since he retired.”

The school will announce plans for a memorial service at a later date.

Until then, we share below the obituary for Prof. Cross prepared by his family.

Born on September 4, 1955, in Lawrence, Kansas, Frank B. Cross demonstrated his genius early, by winning the 1976 National Debate Tournament with his colleague Robin Rowland and was the best second negative of his era.

Frank graduated from the University of Kansas in 1977 and from Harvard Law School in 1980.  He then practiced law with Kirkland & Ellis in Washington, DC for four years.  In 1984, he joined the faculty at the University of Texas at Austin as a professor of business law at what would become the McCombs School of Business.  Frank was a productive scholar who was later given joint appointments at the UT School of Law and the UT Government Department.  He was named the Herbert D. Kelleher Centennial Professor of Business Law.  He was president of his national professional association, the Academy of Legal Studies in Business.

Frank Cross was a gifted classroom teacher.  He was articulate, lucid, and funny.  As his close friend and former debate partner, Robin Rowland, pointed out: ”He was always the brightest person in any room he occupied, but wore that gift with grace and wit. He inspired thousands of students before retiring in 2015.

Frank loved good food, expensive drink, and the occasional cigar. Like all graduates of the University of Kansas, he lived for Jayhawk basketball.

Frank bravely battled adrenomyeloneuropathy (adult adrenoleukodystrophy) his entire adult life.  This cruel disease slowly robbed Frank of his ability to move, but never took away his love of life or sense of humor.  AMN ultimately defeated Frank, but it did not define him.

Frank is survived by and beloved by his sisters, Betty Cross of St. Louis, MO and Julie Cross Hoko of Madison, CT, their spouses (Kit Klein and Jim Hoko), his nieces and nephew (Kendra, Jemma, and Jeremy), and by his extended family.  Frank also leaves behind his dear friend, Linda Fay, his dog Papi, and a care team whose members were dedicated to him.  He was adored by all.

Frank died on April 27, 2019, at his home in Austin under the care of Hospice Austin.