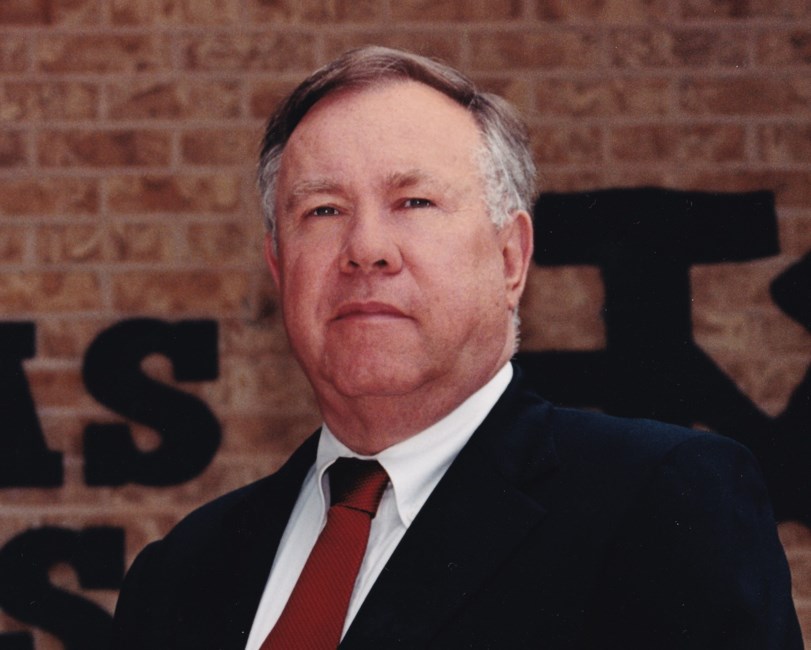 John Wells Fainter, a double longhorn who dedicated over fifty years of service to Texas, passed away on August 29, 2020. He received his B.A. in 1962 and graduated from Texas Law in 1963. Fainter has served the state as an investigator for the State Securities Board, an Assistant Attorney General, the First Assistant Attorney General, Secretary of State, and Chief of Staff to Governor Ann Richards, becoming President and CEO of the Association of Electric Companies of Texas for 18 years. Besides his top positions in Texas’s legal community, Fainter served the state through various committees and chairs.

Fainter was most committed to Texas through his constant support of the University of Texas and Texas Law. He served in many positions, such as Chairman of Board of Visitors of UT Law School and Member of Executive Council of Texas Exes. For his devotion to Texas and Texas Law, he was rewarded the UT Law School Award for Distinguished Community Service in 1992, and was awarded Honorary Membership in the Order of the Coif by the Law School in 1986.

We are pleased to reprint below Fainter’s obituary, published by Dignity Memorial.

In lieu of flowers, the family has asked that contributions be sent to the John W. Fainter, Jr. Plan II Scholarship, The University of Texas, PO Box 7458, Austin, TX 78713.

John W. Fainter Jr. 81, of Austin, Texas, passed away on August 29, 2020 after a long life of distinguished service to the State of Texas. Born in Pecos, Texas, on April 20, 1939 to the late Ruth and John Wells Fainter, Sr, John was raised in Austin, Texas where he spent the bulk of his life.

John’s parents instilled the importance of education, a strong work ethic and a call for service and compassion for others that he carried throughout his life. He never stopped learning new things or working hard for his family, friends, and community. Few people have had as big a positive impact on others in the State of Texas in an unelected capacity. John was a gentleman statesman, exercising the lost art of putting public policy over partisan politics, collaborating with people to come to the right and fair solution while never demanding the spotlight and earning everyone’s respect. He was a man of few words yet was so effective with his communication style that his “Fainterisms” continue to be heard throughout the State Capitol as a guideline. “Don’t write it, if you can say it, don’t say it, if you can nod”. His calm demeanor, ability to listen, dry wit and gentle smile made him a friend, mentor, and confidant of so many around him. John could always be counted on for his leadership, wisdom, or an incredibly funny story. He counseled public leaders, business leaders, coaches, academics, students, and anyone that would seek him out for advice. John always found time for his family to attend a game, recital, and award ceremony, as well as celebrate an anniversary or any conceivable holiday with a delivery of cookies. Many could also find him in his customary position behind homeplate at any Longhorn baseball game, no matter the weather or score.

A graduate and Hall of Honor Distinguished Alum recipient of Austin High, John graduated from the University of Texas at Austin in 1962 with a Bachelor of Arts and again in 1963 with an LLB from the School of Law. While at UT, John was a proud member of Sigma Alpha Epsilon fraternity, which he served in an alumni advisory role for many years. Upon graduation John began a career of service to the State of Texas that lasted over fifty years. His legal career began with service with the State Securities Board as an investigator. He then worked as an Assistant Attorney General representing the State Securities Board, State Board of Insurance, State Banking Department, State Savings and Loan Department and other agencies until being assigned to the municipal bond desk in 1966. From 1967 to 1969, Mr. Fainter served as chief of the Municipal Bond and Charitable Trust Division of the Texas Attorney General’s Office. He entered the investment banking business in the bond department of a nationally recognized regional investment firm in June of 1969 where he acted as a financial consultant to numerous cities, counties, school districts and special districts and assisted these political subdivisions in the completion of in excess of one billion dollars of financing. Fainter served as First Assistant Attorney General of Texas for four years beginning in 1979 and Secretary of State for the State of Texas from 1983 to 1984. John served as Chief of Staff to Texas Governor Ann Richards before becoming President and CEO of the Association of Electric Companies of Texas for 18 years. He served the state in various other roles including Chairman of the Public Safety Commission, Chairman of Governors’ Special Committee on Equal Education Opportunity for Higher Education, Chairman of Governors’ Select Committee on Water Quality Standards for the Colorado River, Member of Texas Higher Education Coordinating Board, Member of Hobby-Lewis Joint Select Committee on Fiscal Policy, and Member of Asset Management Advisory Committee of the State Treasury.

In recognition of his myriad accomplishments, John Fainter received the University of Texas Distinguished Alumnus Award in 2000, the UT Law School Award for Distinguished Community Service in 1992, and was awarded Honorary Membership in the Order of the Coif by the Law School in 1986.

John’s love for his community extended to so many additional organizations and causes including the Greater Austin Crime Commission, Texas Civil Justice League, Austin Country Club, The Headliners Club, Big Brother/Big Sisters, and many, many others. His legacy will continue through those he touched.

A private family graveside service will be held at the State Cemetery of Texas and the family intends to have a celebration of life for friends, colleagues, and those he touched when circumstances allow. In lieu of flowers, please direct memorials to the John W. Fainter, Jr. Plan II Scholarship, The University of Texas, PO Box 7458, Austin, TX 78713. http://giving.utexas.edu/Fainter