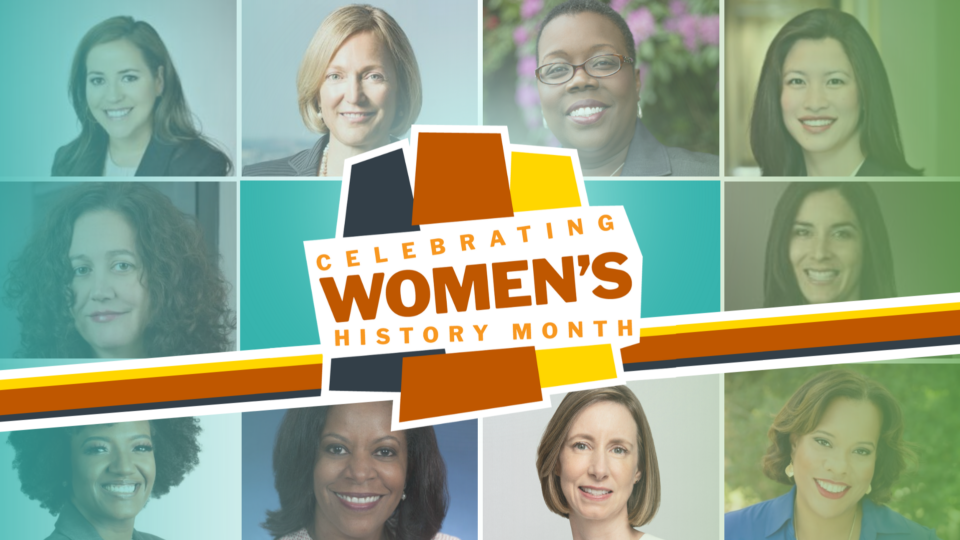 As we recognize Women’s History Month during March, we celebrate the outstanding achievements of several Texas Law alumnae whose careers have followed many different paths. This month we highlight 10 women in the legal profession who have had positive impacts in their various roles that include working at law firms, corporate settings, education, healthcare, government and more. Read about these women who are representing Texas Law in exceptional ways. 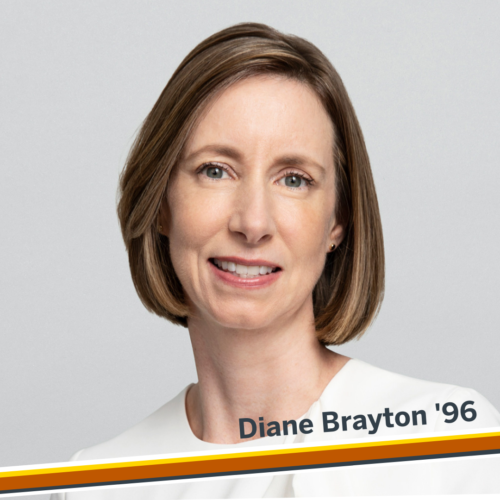 Diane Brayton ’96, General Counsel, New York Times
Diane Brayton is the executive vice president and general counsel for the New York Times Company. Brayton provides legal counsel to the board of directors and senior management, while leading a legal team that advises on matters such as media and intellectual property law, corporate governance and securities, commercial transactions, employment, and litigation management. She has been with the New York Times since 2004, having previously worked at the law firm of Cleary, Gottlieb, Steen & Hamilton, in the banking industry, and as a clerk for a Circuit Court judge. Brayton is on the Board of Directors for the Committee to Protect Journalists and graduated from Texas Law in 1996. 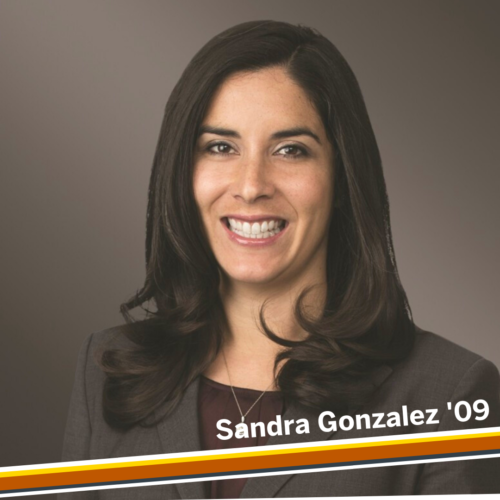 Sandra Gonzalez ’09, Shareholder, Greenburg Traurig
Sandra Gonzalez is a shareholder at Greenburg Traurig, where she focuses on international corporate compliance matters, specializing in the Foreign Corrupt Practices Act (FCPA) and the UK Bribery Act. Gonzalez recently was named by the Hispanic National Bar Association as a Top Lawyer under 40. Gonzalez, who serves as a Latina commissioner for the Hispanic National Bar Association, has been listed as one of the Top Attorneys in Austin by Austin Monthly Magazine and as a Texas Rising Star by Super Lawyers magazine. While at Texas Law, Gonzalez was the staff editor for the Texas Intellectual Property Law Journal.

“Texas Law provided me a framework for approaching legal questions and how to learn new areas of the law—it’s the concept of teaching a person to fish instead of giving them fish. When I need a pep talk, I look back on my experiences and tell myself ‘I can do hard things.’” 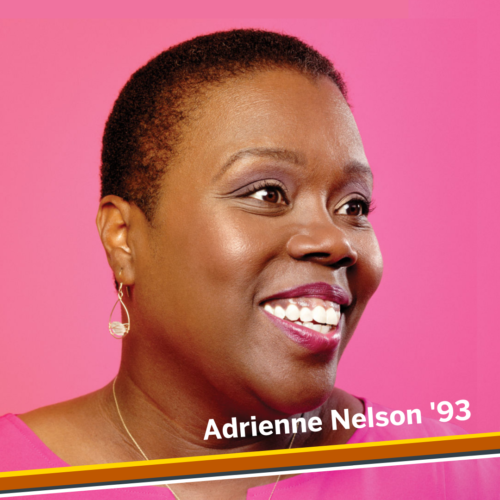 Adrienne Nelson ’93, Justice, Oregon Supreme Court
Appointed in 2018, Adrienne Nelson is the first African-American to sit on the Oregon Supreme Court and on any appellate state court. In 2006, she was appointed as a circuit court trial judge after working as a public defender, as an associate with the Bennett, Hartman, Morris and Kaplan, and as the Senior Attorney/Coordinator of the Portland State University Student Legal and Mediation Services. Nelson is active in the Oregon legal community and the community at large, serving as both Oregon delegate to the American Bar Association House of Delegates the president of the Owen M. Panner Inn of Court, while sitting on several boards. Nelson has honored on multiple occasions, including being named a Woman of Influence by the Portland Business Journal and a Woman of Achievement by the Oregon Commission on Women. In 2019, Texas Law’s Thurgood Marshall Legal Society presented her with the Loftus C. Carson II Trailblazer Award. 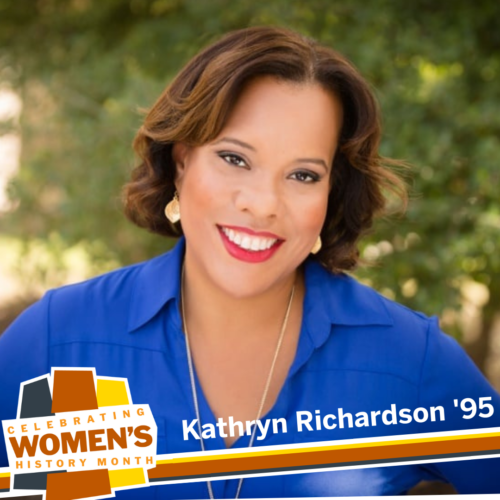 Kathryn Richardson ’95, Founder, HR Legal Search
Kathryn Richardson is the founder of the recruiting firm HR Legal Search, which has been named Texas’s Best Legal Recruiting Firm since 2011 by Texas Lawyer. Richardson has extensive experience in recruitment, part of which comes from her six years as Assistant Dean for Career Services at Texas Law. She also co-founded the Austin office of Major, Lindsey & Africa in 2004. Richardson has continued her involvement with Texas Law – and has served as co-chair of the Class of 1995 Reunion Committee – and is an active supporter of the Center for Women in Law. Richardson is on the Steering Committee of the Texas Minority Counsel Program for the State Bar of Texas and a regular participant in the NBA Commercial Law Section. She was recently honored with a Pathfinder Award by the Travis County Women Lawyers Association.

“My studies at UT Law were instrumental in shaping my career. I honed my critical thinking skills and made lifelong friends and business contacts that empower my success.” 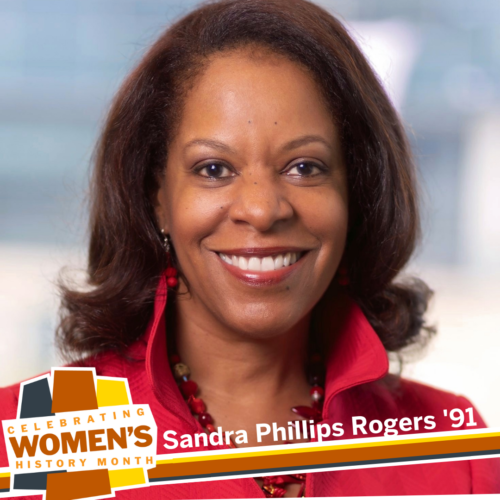 Sandra Phillips Rogers ’91, General Counsel, Toyota Motor North America
Sandra Phillips Rogers is the group vice president, general counsel, chief legal officer, corporate secretary, and chief diversity officer of Toyota Motor North America, Inc. As a member of the company’s global leadership team, Phillips Rogers directs the strategy to help Toyota navigate business and legal challenges while supporting its expansion as a global mobility company. Before joining Toyota, she was a partner at Morgan, Lewis & Bockius and held multiple leadership roles at Pfizer, Inc. Phillips Rogers is a founding member of the Center for Women in Law here at Texas Law and has been recognized as one of the most 75 influential women in business and 300 most powerful executives in corporate America by Black Enterprise. Phillips Rogers also serves on the board of directors for YWCA USA, United Way of Metropolitan Dallas, and the University of Texas Law School Foundation.

“UT Law gave me the skills and confidence to dream big and go for it. I have never doubted that I have what it takes to reach my fullest potential.” 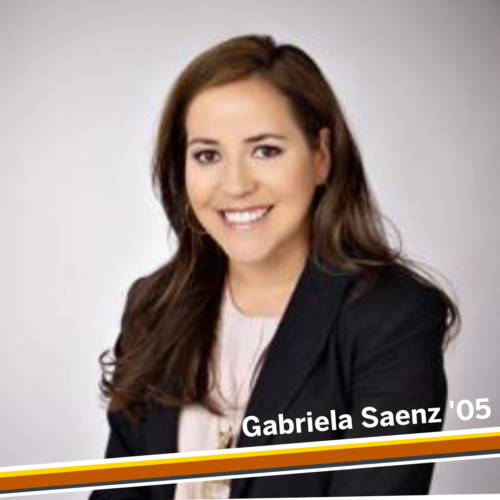 Gabriela Saenz ’05, Senior Vice President, CHRISTUS Healthcare
Gabriela Saenz is the senior vice president for corporate services at the not-for-profit organization CHRISTUS Healthcare in Dallas, where she leads the areas of governance, compliance, and patient experience. During her time at CHRISTUS, Saenz has served in multiple roles, including vice president for advocacy and public policy and in two director roles. In recognition of her work with CHRISTUS, she has been named an Emerging Leader and Up and Comer by Modern Healthcare

“My experience at UT Law was the best training for me in my career as a Healthcare Executive. UT Law challenged me to look at complex situations and find creative solutions. Throughout my career in healthcare, our industry has been through many transformations and disruptions, including a global pandemic. Beyond schoolwork, UT Law’s diverse community provided me some of the best memories, life lessons and forever friends.” 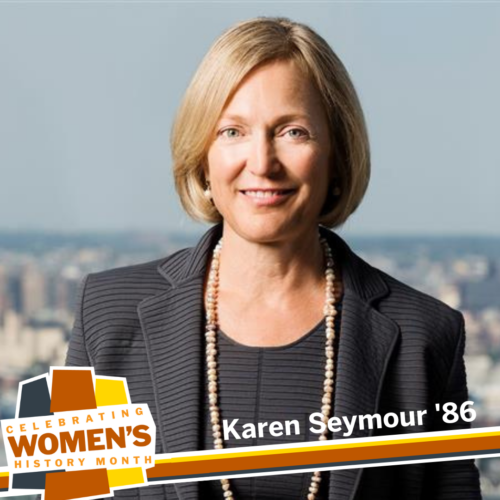 Karen Seymour ’86, Partner, Sullivan and Cromwell
Karen Seymour is a partner at Sullivan and Cromwell and a member of the firm’s Management Committee. Her multidisciplinary practice focuses on corporate governance, crisis management, complex commercial litigation, white-collar criminal defense and internal investigations. Previously, Seymour worked as general counsel and executive vice president for Goldman Sachs, was co-managing partner of S&C’s Litigation Group, and worked in the U.S. Attorney General’s Office. Seymour has received multiple honors, including Attorney of the Year awards from Benchmark and Best Lawyers of America. Among the multiple boards she serves on are those of the NYU Program of Corporate Compliance and Enforcement, the American Law Institute, and the Metropolitan Museum of Art. This year, Texas Law will honor Seymour as Outstanding Alumnus at its 2021-22 Alumni Awards Dinner.

“I can’t imagine a better place to have begun my career in the law. Through the amazing professors and breadth of classes that I was able to take, I quickly learned that I enjoyed many different subjects in the law, from business law to constitutional law.” 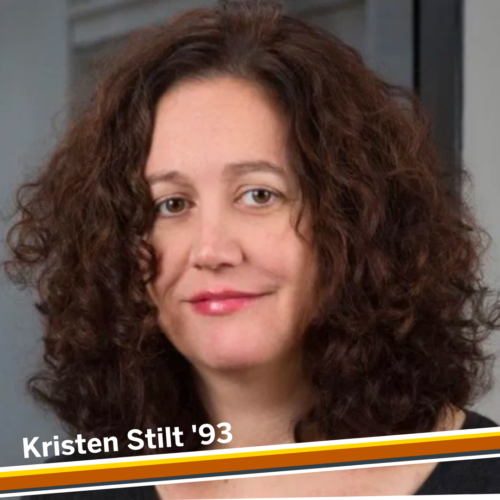 Kristen Stilt ’93, Professor, Harvard Law School
Kristen Stilt is a Professor of Law at Harvard Law School, where she also serves as the faculty director of the Animal Law and Policy Program and the director of the Program on Law and Society in the Muslim World. She specializes in the study of Islamic law and society, in both historical and contemporary contexts. In 2013, Dr. Stilt was named a Carnegie Scholar for her work on constitutional Islam, received a John Simon Guggenheim Memorial Foundation Fellowship, and has received awards from Fulbright and Fulbright-Hayes. Previously, Dr. Stilt was a professor in International Law at Northwestern Law School and a professor of History at Northwestern University. While at Texas Law, she was associate editor of the Texas Law Review and co-editor-in-chief of the Texas Journal of Women in the Law. 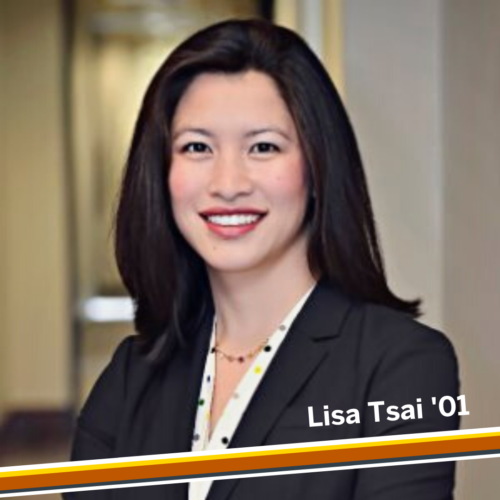 Lisa Tsai ’01, Managing Partner, Reid, Collins, and Tsai
Lisa Tsai is a managing partner at Reid, Collins, and Tsai, where she has represented clients on a wide variety of topics including financial fraud, professional liability, intellectual property, and securities and shareholder derivative lawsuits. Tsai has received multiple recognitions, including a Top 50 Verdict in the United States, and being included among LawDragon500’s Leading Lawyers and as a Super Lawyer in business litigation by Texas Monthly. Previously, Tsai was a partner at a litigation boutique and as an associate at Latham & Watkins in Los Angeles. She was the recipient of the Judge Suzanne Covington Pro Bono Service Award for her work on behalf of domestic violence victims. While at Texas Law, Lisa served as a member of the Texas Law Review.

“I credit Texas Law for giving me staying power in this profession.  I had amazing and passionate professors who taught me how to think like a lawyer, how to write like a lawyer, and how to advocate my position. After three years, I walked away with both a first-rate legal education, as well as a true passion for the law.” 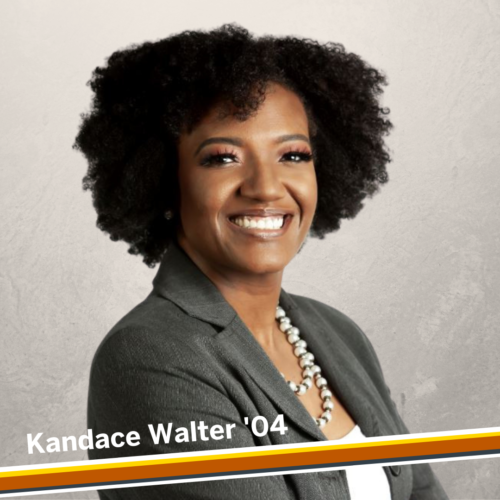 Kandace Walter ’04, Founder and Managing Attorney, Walter Legal, PLLC
Kandace Walter founded Walter Legal, PLLC in 2016, specializing in intellectual property and business litigation services. She also currently serves as Director of the Southern Methodist University Small Business Trademark Clinic, where she helps and supervises law students who are providing legal services to members of the community who are unable to afford private attorneys. Ms. Walter honed her legal skills at an intellectual property and business litigation boutique law firm, a school law firm, the Dallas County District Attorney’s Office as well as the Dallas City Attorney’s Office. In 2019, she was recognized as a Texas Rising Star by Super Lawyers magazine. Walter is a member of the State Bar of Texas’ Diversity in the Profession Committee, among several professional and community organizations.

“I have very fond memories of my days at Texas Law. I made lifelong friends and established a network of amazing lawyers throughout Texas and the U.S. I consistently get referrals and bar service opportunities from my UT Law network.”