UT Law professor believes it’s time to review and renew the Constitution as the Founding Fathers envisioned By Sanford Levinson It has become almost a convention of contemporary American politics — like politicians who feel called upon to wear the American flag on their lapels — to treat the Constitution as a basically sacred text. […]

John Paul Stevens, who retired in 2010 after serving as an associate justice of the U.S. Supreme Court for thirty-four years, , has written an extensive review of Professor Sanford Levinson’s latest book, Framed: America’s Fifty-one Constitutions and the Crisis of Governance (Oxford University Press, 2012), in the October 11, 2012, edition of The New York Review of Books. 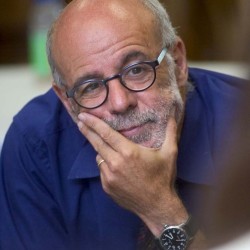 Professor William Forbath, Lloyd M. Bentsen Chair in Law, recently published “The Distributive Constitution” in Democracy: a Journal of Ideas as part of a debate with Geoffrey Stone and others about how progressives should interpret the Constitution. He will also conduct a webinar for the American Constitutional Society on October 12, 2011.

“The Future of Equality” conference to explore how Americans should interpret the U.S. Constitution in the future, April 1–2, 2011

The University of Texas School of Law, in association with the American Constitutional Society and the Open Society Institute, will host a conference,“The Future of Equality,” in the Law School’s Jeffers Courtroom (TNH 3.140) on April 1–2, 2011.