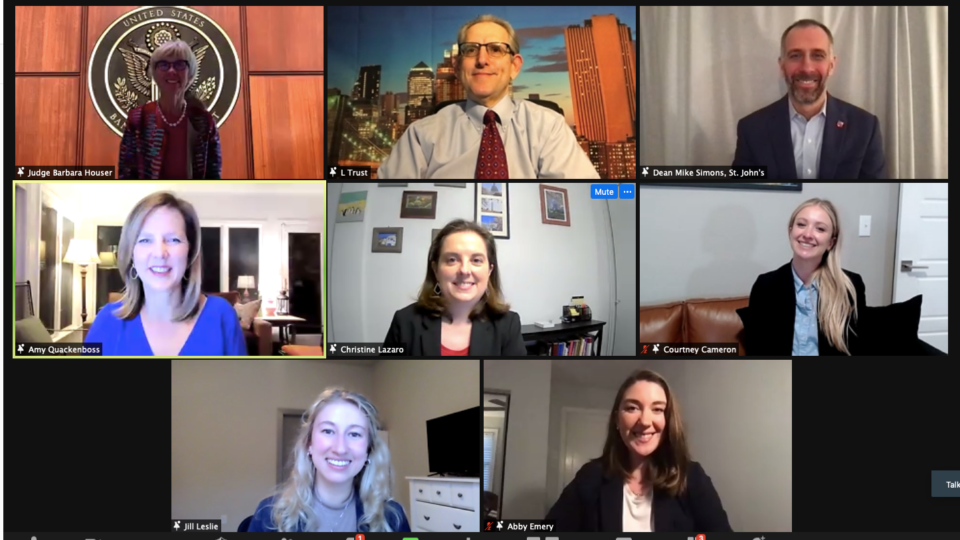 “We saw a great performance from this exceptional team of students, especially in a virtual competition year,” remarked Langehennig. In addition to the competition taking place online, the team pushed through the adversity of the Texas winter storm hitting just a week prior to competing.

An Impressive Record for Texas Law

The annual Duberstein Competition, the only national moot court competition devoted entirely to bankruptcy law and one of the longest-running moot court competitions in the country, involves a substantial commitment from students and their coaches. That commitment has produced great results year after year, competing most years against 54-60 teams and this year against 35 teams. Since 2010, Texas Law has twice won the national championship, placed three times in the top two spots, and placed nine times in the top four. “What a record! And against many teams, including top schools,” said faculty advisor, professor Jay Westbrook, “the constants are two dedicated and talented coaches.”

From Regional to Nationals

Prior to participating in the national competition, Texas Law teams also placed second and third place in the regional moot court Elliott Cup Competition. The event includes law schools throughout Texas’s Fifth Circuit and is designed to serve as a formal practice competition for law school teams that will compete in the national Duberstein Moot Court Competition.

The Elliott Cup is sponsored by the Bankruptcy Section of the State Bar of Texas and is named in honor of the late Joseph C. Elliott, U.S. Bankruptcy Judge for the Western District of Texas.