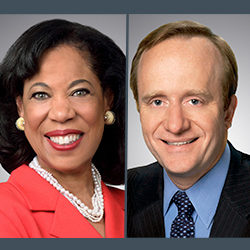 The Texas Exes have announced this year’s winners of their coveted Distinguished Alumni Awards, the annual recognition bestowed by the university’s alumni association. As is usually the case, Texas Law graduates feature prominently on the list of winners, with Paul Begala BA ’83 JD ’90 and Arleas Upton Kea BA ’79 JD ’82  being named […] 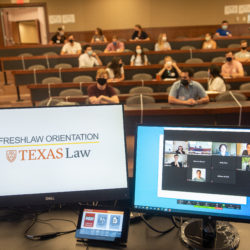 Taking Freshlaw Orientation By The Horns

On the eve of the unofficial start of the academic year—Freshlaw Orientation, when all new students first arrive on campus to meet one another and see what law school’s all about—there was the usual excitement that attends this annual ritual. “It’s always my favorite time,” said Brandi Welch, Texas Law’s Director of Academic Advising and […]

The University of Texas School of Law is opening the Bech-Loughlin First Amendment Center, dedicated to advancing discussion, education, and scholarship on the First Amendment. Among the center’s main projects will be a new experiential education opportunity, the Law and Religion Clinic. It is the first clinic at a university in the state dedicated to representing […] 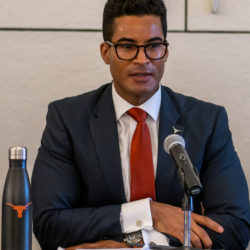 Texas Law Professor Richard Albert has been elected to serve as Co-President of the The International Society of Public Law. He will take office in July 2021. Albert, the William Stamps Farish Professor of Law, was elected on July 30 as part of a slate that includes fellow Co-President-Elect Judge Marta Cartabia, President of the Italian Constitutional […] 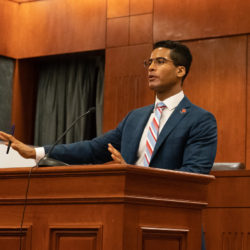 Professor Richard Albert has a new op-ed in The Hill arguing that the Constitution’s gendered and racist language “weakens rather than enhances the feeling of belonging that a constitution should generate among a country’s citizens.” Prof. Albert, the William Stamps Farish Professor in Law, is an expert in comparative constitutional studies and writes extensively about […] 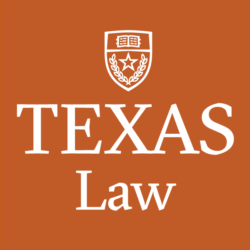 Recognizing that “in recent days… the arc of the coronavirus has changed,” the deans of the ten Texas law schools have issued a new letter to the Texas Supreme Court and the Texas Board of Law Examiners “respectfully offer(ing) three alternatives” to this year’s bar exam plans, alternatives “that will protect the public, and also […]

Statement of the Deans of the Ten Texas Law Schools

The deans of the ten Texas law schools, including Dean Farnsworth and Texas Law, have written a joint statement condemning racism, and remembering George Floyd and other victims of racial violence. In announcing their statement, the deans said, “We recognize that eradicating racism is an issue that transcends any particular school, which is why we have come […] 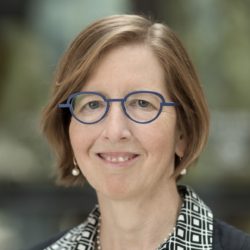 An Interview With Prof. Karen Engle About Her New Book

Prof. Karen Engle’s new book, The Grip of Sexual Violence in Conflict, was released last week from Stanford University Press. Subtitled “Feminists Interventions in International Law,” the monograph traces three decades of feminist engagement with international law and institutions with a focus on how and why both feminist activism and international law became “gripped” by the […] 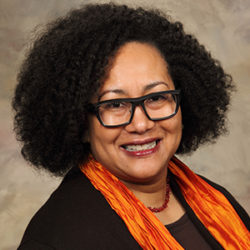 TMLS Symposium: The Case for Reparations in America

The Thurgood Marshall Legal Society at Texas Law hosts its annual symposium on February 21, with panels and discussion on the ethical, political, and legal implications of reparations. The day’s programming, organized by 2019-20 chapter president Amber Magee, will take place in the Sheffield Massey Room and will feature Texas Law Prof. Mechele Dickerson and […] 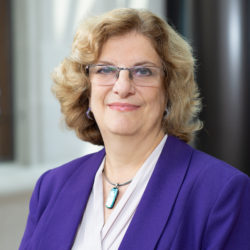 Prof. Michele Deitch, a Senior Lecturer at the School of Law and the LBJ School, has been serving as Chair of the Travis County Sheriff’s Advisory Committee on the Women’s Jail since March 2018. The Committee’s brief was to develop a vision for a model women’s jail facility based on best practices from around the country […]