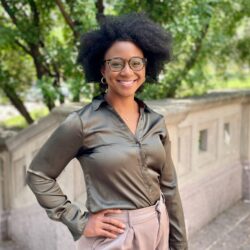 At Texas Law, students change the world through real-life learning opportunities. Recently, 3L Alyse Munrose – working through the Law School’s Children’s Rights Clinic and under the supervision of Lori Duke ’95 – successfully represented her clients in a five-day trial. The trial culminated nearly a year of working on behalf of siblings who had […]

Texas Gov. Greg Abbott this week named additional members to the strike force he deployed to conduct a comprehensive performance review of the Texas Health and Human Services Commission (HHSC). Scott McCown, clinical professor and director of the Children’s Rights Clinic at The University of Texas School of Law, is one of the new members. […]

“Change It Up!” Event Introduces Students to Lawyering for Social Change

More than 40 1Ls and transfer students gathered Friday, Sept. 5, for Texas Law’s second annual “Change It Up!,” a social justice orientation hosted by the William Wayne Justice Center for Public Interest Law, the Capital Punishment Center, the Rapoport Center for Human Rights and Justice, and 25 student groups. The orientation was designed to […]

A recent report evaluating an educational advocacy pilot project in Travis County makes recommendations for improving educational outcomes for youth entering the child welfare system in the county. The report, which was co-authored by a clinical professor and a research attorney at The University of Texas School of Law, was issued by the Travis County […]

Professor John J. Sampson of the University of Texas School of Law has received the 2010 Outstanding Legal Advocate Award from the National Association of Counsel for Children (NACC).