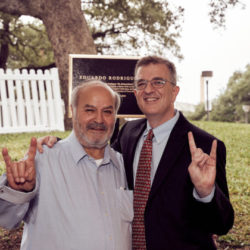 Every year since 1998, alumni and their families look forward to Eduardo Rodriguez’s tailgate and delicious BBQ. It’s not just the hundreds of pounds of chicken, beef, quail, and sausage that attract attendees. It’s the sense of community and care that Rodriguez, with his family and friends, inspires. Learn more about Rodriguez and how Texas […] 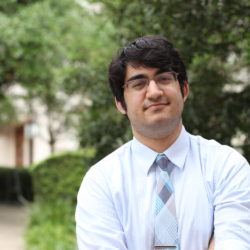 Fried Frank, a New York-based law firm with offices in Washington, D.C., London, Paris, and Frankfurt, has awarded Texas Law graduate Daniel Hatoum, ’16, its 2017 Civil Rights Fellowship. Hatoum will work for two years in New York as a Fried Frank litigator and then two years as a staff attorney with the Mexican-American Legal […]

Kimberly Bowers: From GC to CEO

When Bowers, ’91, said “I’m wearing jeans right now” during a Monday morning call from her corporate office, it personified her No. 1 priority as the new CEO of CST Brands — she wants to create an environment that prioritizes company morale, and build a robust retail culture.

Darren Walker: A Serendipitous Climb to the Top

Darren Walker, ’86, attributes his journey into the world of philanthropy to serendipity, but with years of hard work and dedication, Walker has proven that drive, determination and passion for public service can, and will, carry you to a career at the top.

All In the Family

Hector De Leon, ’73, lives another chapter of his American dream as he passes management of his firm on to his son Ben, ’04. 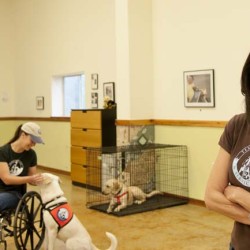 Sheri Soltes, ’84, has put her legal education and experience to an unusual use: training rescued shelter dogs to be service animals and companions for disabled people.

Scott Dahl, ’88, is the new inspector general at the Smithsonian Institution, whose collections—and zoo!—he has loved since he was a child. 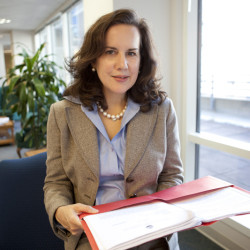 Allison Lerner, ’89, inspector general for the National Science Foundation, has found meaning in a legal career that’s taken her from Washington, D.C., to Antarctica and back.